« The FSU-Uf game may be over, but the memorable photo images keep on coming | Main | Georgia Tech's Triple Option is all about...well, let's Coach Paul Johnson explain » 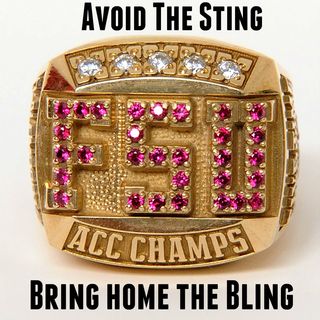 It was the defense's day to shine on Saturday as the Noles took down the Gators. Despite 4 turnovers, the defense held UF to multiple field goals and only one touchdown on the day.

Here are a few quick hits on Saturday's game along with looking ahead to the ACC Championship in Charlotte this Saturday.

Luck or Skill.  I'm here to tell you the win streak is NOT by luck. There are a lot skilled players on this team that step up when the situation arises. It seems they can't all get on the same page for a dominant win but the talent level of this team is often overlooked. Jameis Winston had the worst day of his career Saturday but the defense had his back. The linebacker corps along with great individual plays made the difference in this game.

Return Team Woes.  What's going on with that unit? Karlos took the opening kick slower than a turtle, Kermit continues to fall on his own and we can't block to save our life. On Monday, Fisher implemented yet more changes to the lineup to assist in better blocking. I assume this will be a big emphasis all week.

Iron Chef.  I've mentioned the "Cook" is in the kitchen but I'm here to tell you he is an Iron Chef. You would have to go back to Travis Minor in 1997 to find a similar FSU freshman campaign. This guy has all the tools and is lights out. Fisher continues to have more confidence in him and I really believe the sky is the limit. At this moment he is miles ahead of any other back on this team. Give him the rock!

Back to defending the Option.  Obviously Seminole fans would have preferred to play Duke in the ACC Championship, but that ended up not being the draw. I think we all are a bit more concerned than we would like to be for this game. The good news is the improvement the team showed from the BC game to the UF game. We are nowhere close to being a dominant Defense but we have highly skilled players who can make a big difference. If the Noles can win the defensive battle on first down we have a great chance of victory in Charlotte. On the offensive side of the ball, look for Jameis to bounce back against a soft GT defense.