« Here Comes Virginia! | Main | A concerned Nole observer strives to put his finger on what's missing in a team that keeps winning »

FSU's Offensive Line Play: Not as bad as it looks?

How much hot tub time did Jameis Winston log after the UVA game? It had to be more than a quick dip. After being repeatedly battered by Virginia's D, you can almost feel his aches and pains (thanks goodness his ankle sprain wasn't aggravated). Blame the inconsistent, much maligned offensive line, right? It just hasn't been the same since Austin Barron's season-ending injury against Wake. Hell, it hasn't resembled the 2013 crew since the first few minutes of game one against OK State.

So maybe a little balance is due here. When Rick Trickett does a post-mortem today, here are three solid performances he's gotta love — and one he won't. Three hat-on-hat plays where everybody is doing their job, especially in a crucial run by Karlos that gave the Noles' some much-needed scoreboard breathing room. But, ouch, the last in the series is a QBs worst nightmare, with protection broken down and 290-lb. guys zeroing in for the kill.

All four tell a story. As always, game action shots are by Chris Holder. 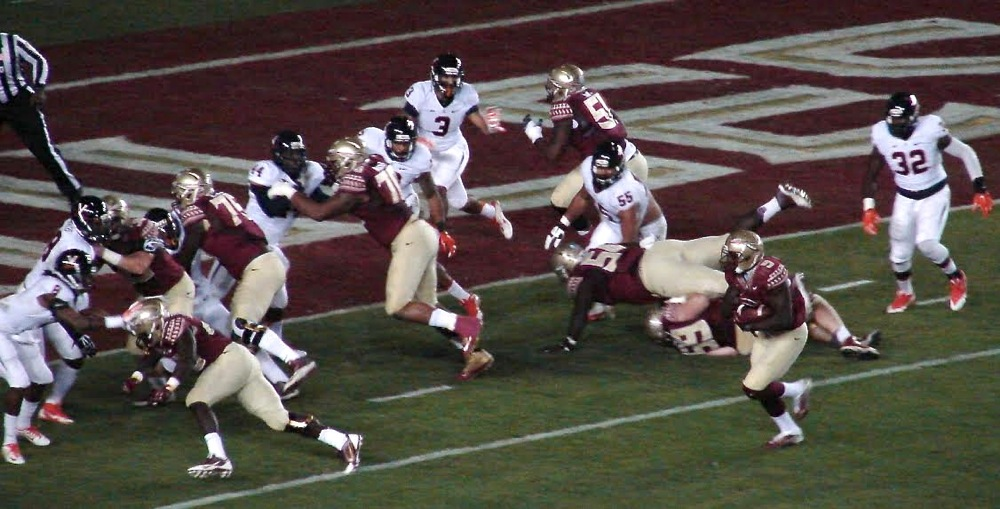 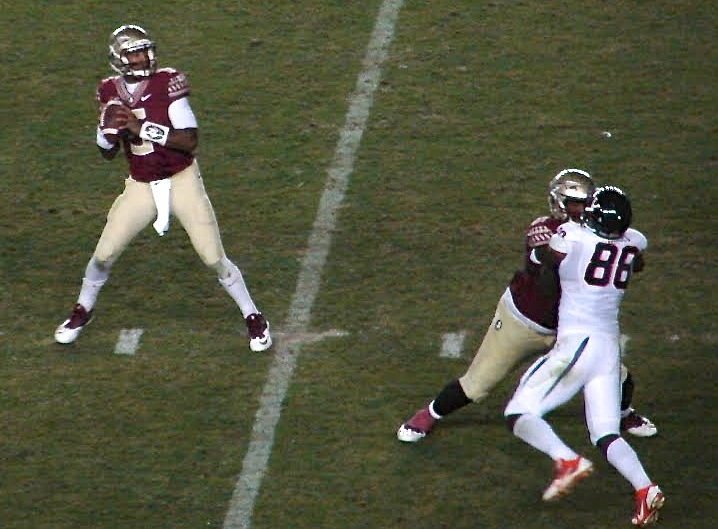