« Keep Kelly But Hire a DB Coach? | Main | Eagle in Atlanta predicting B.C. will shock the world Saturday at Doak »

ESPN: THE WORLDWIDE CHEATER IN SPORTS 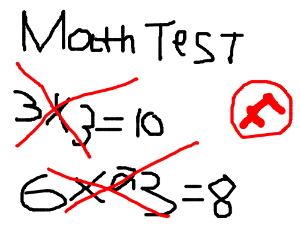 Last week I wrote an article justifying ESPN and the NCAA’s media spin in regards to Florida State. The reason they got my support in that article, and the reason they still have it, is because we live in the closest thing to a pure capitalist society on earth. We should all know and expect that people’s motivations will be economic in nature, no matter how altruistic they appear on the surface. For more on this, I’ll refer you to an essay by Nathaniel Brandon called “Isn't Everyone Selfish?” (1962). Somewhere, there is a guy holed up in a room crunching numbers to make sure that whatever his company is doing is monetarily in their best interest. Frankly, that’s fine with me.

However, I tend to draw the line when ESPN begins to make up statistics. Game Control (GC), Quarterback Rating (QBR) and Football Power Index (FPI) are a few of the mysterious numerical values assigned to teams and individual players as of late. ESPN is a media outlet—a reporter of news, a purveyor of the (alleged) facts. A news outlet spinning the events they report to suit their economic or strategic agenda is also unavoidable—publications of the print and tv variety have been doing this even before the days of William Randolph Hurst.

But when outlets such as ESPN begin to create their own artificial statistical representations of events with the intent of a) tricking a passive audience into believing they are legitimate and b) reaffirming a devout audience’s currently held beliefs (confirmation bias), the gap between the ideals we hold sacred in a free market economy and the well-documented tactics employed by communist regimes becomes smaller. For the purposes of this article it's important for me to state that I do not find myself in favor of assigning numerical values to something so subjective and convoluted. For a network that has been openly and enthusiastically in favor of the new CFB Playoff Committee, a process that relies heavily on subjective “human factors”, ESPN sure does a great job of advocating the arbitrary assignment of numerical values to the subjective phenomena that occur during a football game. Which side are you on, ESPN?

Furthermore, this line ESPN has crossed in my mind is not arbitrarily drawn in the sand. This is not a gut reaction or a recent realization. The spoken languages inherently allow for a degree of latitude as to their explanation (see: interpretation of the US Constitution by liberals and conservatives, for example). However, numbers are universal. Numbers, and specifically their proper application, can drastically enhance the world we live in and aid civilization’s progress. They act as objective laws by which physics, astronomy, applied mathematics and, you guessed it—statistics—must abide. Therefore, people tend to accept them as absolute truths, even out of context or without explanation.

A classic statistical example of misinterpretation of objective data deals with the correlation between the number of churches in a city and the number of murders in that city. Essentially, cities with the largest number of churches also experience the largest number of murders. So, do churches cause people to kill one another? Obviously not. The third and ignored moderating variable in this case is the cities’ populations. More people equal more murders, regardless of the number of churches or grocery stores or post offices, and higher populations naturally require more churches for them to worship in. Anyway, this example represents the tip of the proverbial iceberg when it comes to the ability of numbers to deceive people.

For me, the worst part about ESPN’s statistics isn’t that they invented them—good things are invented every day in this country. Additionally, I’m sure ESPN invested plenty of time and resources into developing and tweaking them. Maybe they even paid a university statistician actual money to come in and consult with them, too. The worst part, and the most insulting part, is that ESPN expects us to mindlessly and robotically accept them as truth without ever providing a formula to legitimize their computation. I’ve looked just about everywhere online for an explanation as to where these numbers are coming from, but alas, no luck.

Go ahead and try Googling “ESPN Game Control stat formula” and see what that gets you. Spoiler alert: it’s a bunch of 38 year old nerds trying to sell their Xbox controllers on eBay. There are plenty of explanations that involve the phrases “take into account” or “account for” or “incorporate certain variables”…but no formulas. There is no readily available, challengeable formula by which people can form their own independent opinions about these statistics. You are entitled to not care about how or where these numbers came from—but there are some of us, nay, plenty of us out there that want and deserve to know. As of right now, ESPN uses these numbers to shape the opinions of their viewership in the same way that communist China can sensor their news broadcasts, internet access, and newspapers. ESPN is using these numbers in the same way that the North Korean government has successfully convinced its entire population that Kim Jong Un once shot an 18 during a round of golf.

So, ESPN, until you can (in the words of third grade math teachers the world over) “remember to show your work,” your answers are hereby labeled bullshit. They are wrong in every sense of the word. You get an F on this assignment not because you didn’t try, but because I have to assume you cheated.