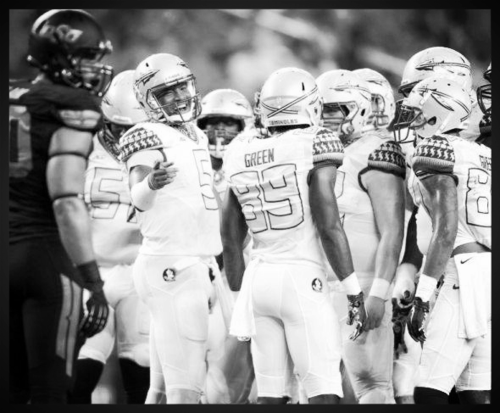 I'm going to go ahead and say it: I am a little worried by what I saw on Saturday.  Not terribly worried, but worried enough about our chances of repeating.  I don't know if these issues can be fixed in a matter of weeks.  More random thoughts:

1.  We used all of our timeouts within the first few minutes of the second half.  What's up with that?

3.  How does our dominating offensive line go from great to average in the span of one off-season?  They look bigger than ever.  They didn't have a change in coaching.  And yet, they were dominated by Oklahoma State.  It must be a matter of motivation...

4.  Which brings me to my next question.  Are the problems we saw on Saturday fixable and if so, by when?  Maybe it's a good thing to be challenged without actually losing.  The team can feel what it means to almost lose and hopefully re-ignite them to perform better.  But Saturday's game was on the coaches and their motivational tools.  Hell did not come off that bus on Saturday night.

5.  We have other receivers than Rashad Greene... so why didn't Jameis look for them?  Eventually a defense is going to take away Greene and it will be a good thing.  But our offense is far too one dimensional when Jameis targets Greene on over half of the passing plays.

The Clemson game cannot get here soon enough.  Next week is a mere tune-up.  Clemson will be the true test.  I'm equally excited and nervous.

Photo Credit: We take no responsibility for the picture above.