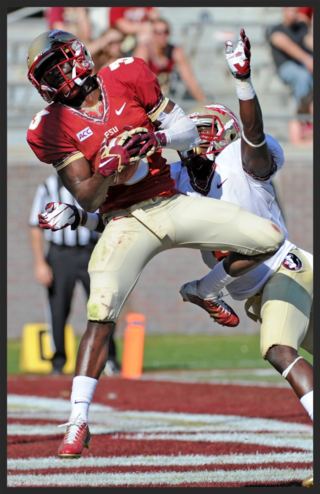 Yesterday, Jimbo Fisher announced to the media that Jesus Wilson is still suspended, but is practicing with the team.  That's amazing news not only for FSU, but more importantly, Jesus Wilson.

His charges, thanks in part to a no contest plea negotiated by his attorney Tim Jansen (who seems to be getting good business these days), were reduced to a misdemeanor, meaning that he's no longer subject to the automatic suspension.

Jesus Wilson has effectively been given his second chance.

Interestingly enough, we've come across a song about Jesus Wilson by one of his friends.  A song that was written to open eyes and explain the other side of the story, Jesus Wilson's story...

It's a passionate song about what binds us, all of us, together as one.   It's the American Dream.  Making it.  Making it big.  Providing for your family.  Feeding your family.  Sometimes, a simple mistake derail us even though no matter how hard we've been working.  Wilson isn't ready for his story to end so suddenly.  More importantly, one mistake shouldn't get the chance to define our lives.  And it's a second chance that gives us the strength to build on our mistakes and fight to be better.  Jesus Wilson is fighting that very fight.  He's back at practice, ready to play, and ready to prove that he belongs.  Wilson's gonna eat.

The following is the song (and I of course have to give the "parental advisory; explicit content" warning, so listen at your own risk).