« Chant Rant Round Table Discussion, Part 1 | Main | What to Expect When You're Expecting (another championship) » 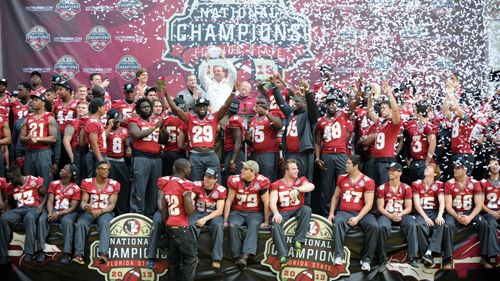 Yesterday, we discussed, among other things, whether, and the extent to which, FSU could survive an injury bug.  Today, we complete second half of our two-part round table.  This season will be very similar to the 2000 season; all of the odds were in our favor.  Can we live up to the hype that we created for ourselves?  Let's find out.

6) Will we notice a significant difference as we transition from Jeremy Pruitt to Charles Kelly?

7) Toughest thing about repeating and getting back to the NC

8) What player will have a breakout year that nobody is talking about.

9) Toughest game on the schedule?

10) How will Winston's performance compare to last year's?