Is FSU competing against itself? 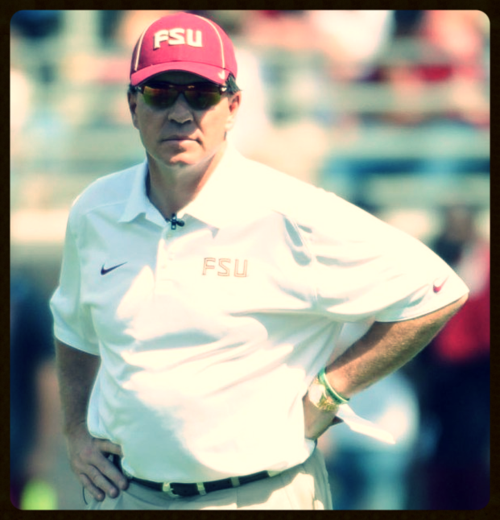 During the ACC Media Days, Jimbo Fisher fielded many questions about what it will take to repeat and defend its title.

As all of you know, Jimbo's philosophy is that no one can take away the 2013 National Championship... it's history, there is no defending or repeating.  Each season is a 1 season vacuum.

Fisher dropped a quote, however, that made me think that maybe our own enemy is us.

"We're not defending anything, we're trying to go and get another one,” Fisher said. “We want to keep an attitude of domination. We want to create the great habits and the culture in which we've already created there, and then continue to enhance that.”

But Jimbo alludes to the habits and culture that existed last year, meaning FSU's biggest competition will be itself.  Can it live up to its own expectations?  Will this year's team feel like last year's team?  Because, if you're looking to last year as a benchmark, you're going to come up short in many ways.  And it's for that reason that I think Jimbo's comment didn't do his own program justice.

Jimbo Fisher has frequently preached that each team has its own DNA, but that's what I find puzzling by his comments.  Fisher seems adament that this year's team build on the efforts of last year's team, but if we are to truly consider each team a 1-team capsule (with no regard to what has happened or will happened in future seasons), then why worry about building on anything a previous team did?

If Fisher tries to compare this team to last year's team, even on the basis of habits and attitude, he's going to come up short.  You're going to be hard pressed to find harder working leaders than Telvin Smith and Lamarcus Joyner.  But to be fair, I hope the coaches aren't looking for players to be Telvin Smith and Lamarcus Joyner.  They can't do that; those two are one-of-a-kind players and are incapable being imitated.

It is reasons like these that "repeating" is so difficult, regardless of whether Jimbo Fisher wants to acknowledge.  FSU has become a victim of its own success before; constantly having to measure itself not against its opponents but against the strength and valor of previous FSU squads.  This year, the coaches will face a similar battle, but can they let the team breathe long enough to form its own identity?  Or will the coaches staunchly try to find the next Joyner and Smith?  Because if they are, they're wasting their breath.