« Freeman and Stork taken in the fourth round | Main | Who's waiting to be drafted? »

Telvin Smith is headed to the Jaguars! 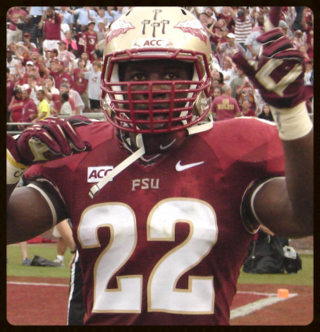 It took a few rounds, but finally, Telvin Smith has found a home in the NFL.  He was picked in the 5th round by the Jacksonville Jaguars in what should be, thankfully, a great fit.  Let's face it, Gus Bradley built the defense that we saw in the Super Bowl.  He just wasn't there to take any of the credit for it.  And in Jacksonville, he is slowly but surely building a defense that will wreak havoc on opposing quarterbacks.

And aside from punishing defensive ends and tall cornerbacks, you need someone that can do it all.  What Telvin lacks in size, he makes up for it in heart and instincts.  He was, alongside Joyner, the heart and soul of the defense last year.  He was, much like Joyner, a true football player.  Because at the end of the day, size is great, but it's not everything.

Telvin will make a career for himself by creating havoc.  There have been rumors that some teams want him to move back to safety because of his size.  I don't think that's quite necessary.  His role can be invaluable in that you don't quite know what he's going to do; drop back, play the run, or attack the quarterback.  Telvin provides the versatility that many NFL teams crave and he's going to make Gus Bradley a very happy man.  Congrats Telvin!