« inFamous Jameis | Main | Coffee Break: Not that anyone forgot... »

More crabby thoughts and some advice for Jameis Winston

It appears as though crabgate is winding down.  For that, we're all very, very thankful.

I'm left with a few final thoughts, afterwhich I hope we can file this story away forever.

[Can we one day talk about what awful luck we have at quarterback?  If it's not stolen seafood, it's a check scandal, or parking in a handicap spot... the list goes on and on.]

Unfortunately, Jameis Winston's statement was a little empty.  For one, the statement sounded nothing like Winston.  We all know that his attorneys wrote it and that's half the issue.  The statement and corresponding apology didn't seem sincere because he wasn't the one writing it.  I am tired of blaming his trangressions on "youthful ignorance" because, well, you're not that young anymore to be making these types of mistakes and not fixing them.  You also just can't justify shoplifting or stealing; it is what it is.

Jimbo Fisher has expressed support for Winston's suspension from baseball games.  Well, why wouldn't he?  Winston's arm is vastly more valuable to the football team than the baseball team.  The school can't be terribly frustrated that Winston got a slap on the wrist and a chance to take a few days off and ice his shoulder.  And on top of that, maybe clear his head.  Because no one wins a Heisman and learns how to avoid the fame getting to their head in a matter of six months.  It takes time, but now, more than ever, are Winston's formative years.  These moments will dictate his future. These moments are the difference between him being a top draft pick or someone that slips because of potential character issues. It's time to show us that you're capable of moving forward.

You know by now that this site doesn't cater to popular opinion.  We don't make money off your subscriptions or your clicks.  This site is free of advertisement or any type of agenda. I don't do this for a living, I do it for fun. I have a job that consumes ten hours of my day. I have a wife that has a never-ending honey-do list. I have two boys. I'm not here to win anyone over, I'm here to provide the counter-point, some editorial, and just food for thought. We hope to peel the layers of the onion and find hidden truths.

Personally, I am running out of excuses to make for Jameis Winston.  How many times do we have to find a reason to justify his behavior?  How many times has he done something similar and not been caught?  The problem with this entire incident is that it diminishes his credibility.  It's time to just own up to this fact: Jameis Winston has poor judgment.  It's not entirely his fault.  We all come from different backgrounds; some harder than others.  But it's good to know that he's finally going to get some advice and mentoring from former Seminoles like Deion Sanders.  Because if he didn't get it after an alleged rape, then it surely makes sense to do it now over some stolen seafood.

Again, I'm sorry if I am in a crabby mood tonight... the whole thing makes my blood boil.  Which is why I am going to part with these final words.  Jameis, you love to do it big, but just do it right.  We all support you.  We're on your side.  Don't confuse our frustration as a lack of support.  You're the quarterback and face of this program, but in that role, we need more. And that's my advice. Take it for what it's worth. But unfortunately that and fifty cents, will get you a cup of coffee. 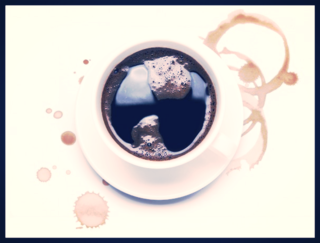