You may not like the logo, but the players love the uniforms! 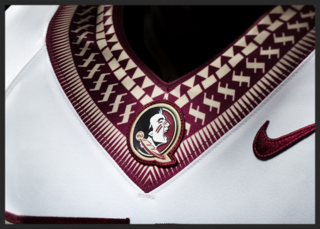 As we have covered, almost ad neaseum, the unveiling of the new logo didn't quite go as well as FSU would have hoped.

But as it turns out, the players (and recruits) are completely enamored with the new uniforms.  No doubt, the new swag has a fresh, striking look to it.  But what we didn't know, besides just the way the uniforms look, is that the uniforms feel different, too.

At the spring game, we caught up with the former players modeling the uniforms (C. Jones, T. Brooks, and D. Freeman), all of whom wanted another year of eligibility just to wear the new uniforms.  Apparently, the uniforms now weigh 5 pounds, including helmet, versus 12 pounds.  The uniforms "breathe" better as well and have a better fit.

What does this mean?  The players feel better in them.

Notably, and on a somber note, the uniforms you came to know and love--the very ones worn during the spring game--were retired following the game.