Winston's leadership and charisma carry over to the baseball field 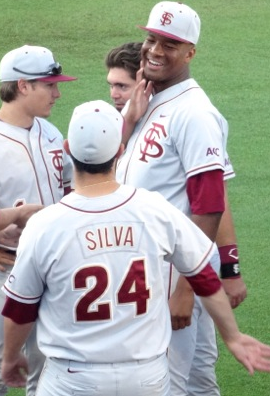 Winston with his teammates before the game.

We all know that Jameis Winston is a very likeable guy.  More than anything, he seems like the consummate teammate.

His teammates consistenly rave about him even if he may be a little demanding; we've seen him "get on" his teammates on more than one ocassion.  We can also never forget the exchange between Winston and his teammates in the huddle before they scored the winning drive against Auburn.  Yeah, they were strong alright.

Winston has a certain charisma about him that's contagious.  Infectious.  Irresistable.  The media absolutely adored him in the lead-up to the Heisman.

I don't think any of us will soon forget the speech he gave to his teammates before the Clemson game.  But his leadership and charisma has also carried over to the baseball field.  Thanks to these images from our Garnet & Garnet owner and editor, we have some special insight into the relationship that Jameis Winston has with his baseball teammates: 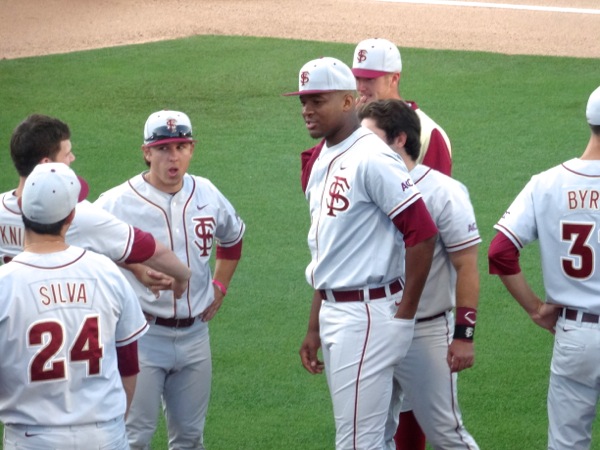 [Notable, that embrace was given ten minutes before the first pitch]

It is images like these that make the allegations brought forth by the New York Times so hard to reconcile.  As fans, we are left in doubt, but all we can see is someone adored by his teammates, both on the gridiron and the diamond.