A disturbing, but not entirely surprising, Tweet from Corey Clark today. Most of us realized there was just something screwy about Bracy not participating in spring practice. Here's a guy who FSU fans looked forward to seeing in Garnet & Gold, leaving defenders in the dust with his world class speed. But maybe the instant money of the track world was too much to resist. Let's hope it's not true, that Jimbo will find a way to persuade him to return to the team, even if he has a lot to catch up on to be prepared for this season. New location for FSU's sod cemetery:
A reminder of the Noles greatest wins 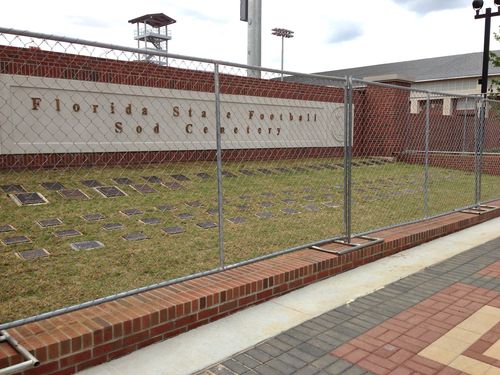 If you'd follow the Noles to Durham, how about Dublin? Wow, when John Swofford thinks big, he thinks waaaay outside the box. Like 4000 miles outside. Not content to engineer a conference-wide pledge to commit to the ACC on penalty of forfeiting TV money, now he's dreaming of games in Europe (story here).

Sure, Navy and Notre Dame drew a good crowd in Dublin [as in Ireland] last fall. But apparently those were mostly Americans on a packaged football and fun tour. And, after all, the marquee team was the Fighting Irish.

But will Nole fans break the piggy bank to see FSU vs., say, Boston College in the "Auld Sod"? Or is Swofford just full of blarney? 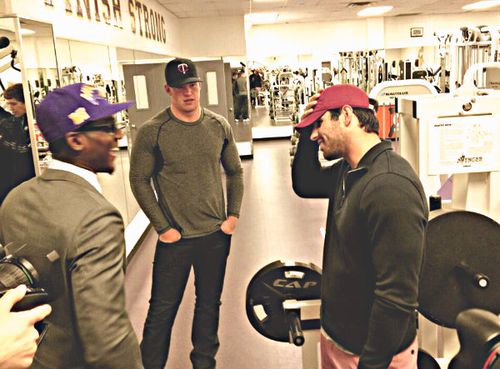 EJ in less emotional interview: “I learned a lot at Florida State from Coach Fisher and Coach Craig”

Listen to this post-draft radio interview with a more composed EJ. Manuel talks about his prep for the draft and credits former QB Coach Dameyune Craig for helping him develop his game between his redshirt soph. year and junior year.

“I think one of the things that you see when he walks into a room is just his presence. And again, he has had great leadership ability at Florida St. where he has been amongst his teammates..He has a lot in front of him. It is a situation where he is going to have to earn the trust of the players on this football team already and he is going to have to obviously learn the system.” 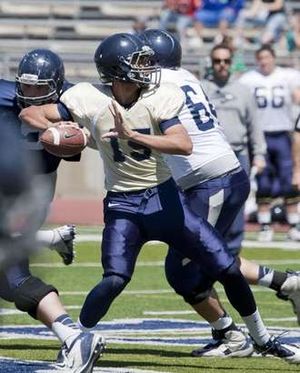 If you've seen Nevada run its signature Pistol offense, you know the Wolf Pack won't be pushovers on Sept. 14. We asked Chris Murray, who covers U.N. for the Reno Gazette-Journal, a few questions after the spring game last Saturday. [Note: Murray points out that in Nevada the Wolf Pack is two words, not one like the N.C. State Wolfpack.]

How is the Pistol offense evolving under new head coach Brian Polian?
Murray: The Pistol isn’t going to change too much after the transition from coach Chris Ault, who invented the offense, to Brian Polian. The main reason is Nick Rolovich, who was the team’s offensive coordinator last season and returns in the same position this year. Ault called almost all of the plays last season and now that will be Rolovich’s task. While Rolovich, the former record-breaking quarterback and offensive coordinator at Hawaii, is more of a pass-first guy by nature. But he said the Pistol will remain run-first, although the team returns its starting quarterback and all of its receivers, so Nevada will throw a little more often.

QB Cody Fajardo threw for 251 yards and two TDs. Is he every bit the QB Colin Kaepernick was at Nevada?
Murray: Fajardo might be a more difficult quarterback to stop than Kaepernick, who really wasn’t a great passer until his senior season. Fajardo rushed for 1,121 yards and 12 touchdowns last season, so he’s plenty dangerous with his legs. He also passed for nearly 2,800 yards, 20 touchdowns and completed 67 percent of his passes. He can beat you in multiple ways, which makes it tough to stop him. Fajardo isn’t the same caliber athlete or pure leader that Kaepernick was but those aren’t necessarily knocks on him. Kaepernick is exceptional at both of those things; Fajardo is good at both.

Nevada was 95th in Total Defense last year. What has Polian done to improve the Wolfpack D?

It's a possibility that Tom Block Tweeted based on a story in the Macon Telegraph today (full story here). Here's the juicy part for Nole fans looking for another good reason to hit the ATL and scarf down Varsity dogs and onion rings.

Georgia and Florida State have had what appear to be informal, preliminary talks about playing each other. McGarity said it's just been in generalities, with nothing in writing.

"I'm sure they would like to put our two institutions together at some point in time," McGarity said, indicating that a neutral-site game could be eyeing the matchup. "But it all goes back to what does our conference model look like, and it's just too early to even have any kind of legitimate discussion on that, because we don't know where we are as a conference right now."

FSU and UGA have played each other only in bowl games since the 60s: The 2003 Sugar Bowl (13-26 with Chris Rix out and Anquan Bolden engineering a strong comeback, falling short with a dropped pass for a sure TD), and the '84 Citrus Bowl (a 17-17 tie).

If Jeremy Pruitt makes it work, FSU's defense will come at opponents like a crossfire hurricane 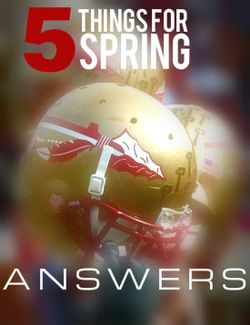 Here's no. 3 in the series as Lilburn Nole answers the questions that loomed before FSU's spring practice.

Change is coming on defense, at least that is the word after FSU's spring practices, and it wasn't quite a close kept secret like I expected. In the preview, I had suggested that we would see a more aggressive style defenses with more blitz packages, but ended the preview with this paragraph:

"Unfortunately, it may be difficult to get a good read on a defensive strategy in the spring as practices are closed and the spring game will most likely feature more vanilla calls both offensively and defensively. However, pay close attention to the player interviews and you may be able to gain an insight into what is being worked on and discussed in practices."

It was true that most practices were closed, but there was a bit more blitzing in the Spring Game than I expected. Jimbo Fisher let the cat out of the bag in the post game press conference with this answer to a question with a bit of a laugh and telling smile, "You think you saw blitzing today? Y'all ain't seen nothing yet."

Continue reading "If Jeremy Pruitt makes it work, FSU's defense will come at opponents like a crossfire hurricane" »