« If Marvin Bracy can run like this with a nagging hamstring problem... | Main | Meanwhile at the Indoor Practice Facility » 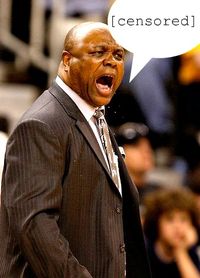 It was close. For a while anyway.

But in the end, the Seminoles ended knowing what Duke felt like after playing Miami last Wednesday night.

A 9-2 run at the end of the first period for a 37-28 halftime lead only snowballed in the second en route to a 71-47 pasting of FSU by the Hurricanes.

Leonard Hamilton called it "beating ourselves." More accurately it would be FSU's inability to make shots while Miami was making them.

For the game Miami connected on 43% of their shots. Not a great percentage. But with the Seminoles shooting just 30%, it was more than enough.

And as the game slipped away the 'Noles launched the long ball in attempt to get back in the game. That failed miserably with FSU missing on all ten three point attempts in the second period and just 3-17 for the game.

A little research into the game flow reveals how quickly the wheels came off for Florida State.

The Hurricanes had not scored a basket in six minutes until Trey McKinny-Jones' basket in transition followed a missed jumper by Devon Bookert. After another missed jump shot Miami was off to the races again with McKinney-Jones (15 points) canning a three from the right wing again in transition.

Later Kiel Turpin put up a three point attempt that caromed into Miami's hands and the Hurricanes were off to the races again with Julian Gamble finishing off another alley oop slam dunk.

And so it went pretty much the majority of the second half for the Seminoles.

After the two teams played well defensively for most of the first half Miami simply dominated from then on. Speaking about the Hurriacanes, Hamilton said, ''They played like a mature team that understands what it takes to grind it out. They could do great things this year.''

Ian MIller led FSU with 12 points despite having a noticeable limp at times. No other Seminole had more than six points as Okaro White and Michael Snaer got into early foul trouble. White eventually fouled out and Snaer was ineffective taking just five shots.

All in all it was another poor shooting night for the 'Noles.

''We're good shooters. I watch them every day,'' Hamilton said. ''If we had a shooting contest in the gym and lined up and played H-O-R-S-E, we'd be OK. But the game is not a H-O-R-S-E game. You've got to execute your offense and have someone deliver the ball and get you in good positions, and right now we're not quite as consistent with that as I think we will be.''

That will be is coming down to a stretch run with just twelve conference games remaining for the 11-8, 3-3 Seminoles.

Next up for Florida State is a Wednesday 8 PM contest against Maryland in Tallahassee and will be aired on the ACC network and ESPN3.