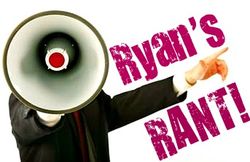 Man! Take some time off and look what happens. Fear not, loyal rant readers, for I am back, and we’re going to do another quick hit on some of the big news in and around FSU Football.

Goodbye Maryland, Hello Louisville. As I once predicted, Louisville will be the newest ACC member. I just didn’t expect it to happen this quickly. However, the impending exit of Maryland (lawsuit or not, it’s happening) forced the ACC’s hand in
keeping it an even number conference.

While I can’t speculate on the TV markets and revenues, because I have no idea about any of that stuff, I think this is an upgrade. Looking at where the teams are in the two biggest revenue-gaining sports, Louisville is far and away better at basketball and football right now. I will still give Maryland the edge in crab cakes. Now of course,this leads to the question:

Is FSU leaving the ACC? This will continue to be discussed until FSU does make some sort of move, or explicitly states its not going anywhere. Of course, the $50 million exit fee does play into the decision making process. I know many people are concerned and upset about the ACC becoming the new Big East, but unless someone has $50 million lying around, for the immediate future, this is the home of Seminole football. Now, considering that this team still has trouble with some of their own conference opponents, maybe moving isn’t the best idea, leading to the next question:

Is FSU winning the ACC? With all the other stuff usually reserved for the off-season being discussed now, a lot of us forget that there is still a game this weekend. Despite their 6-6 record, Georgia Tech has the triple-option offense that can be very effective if FSU allows them to stay in the game. Getting ahead early will force GT to abandon the run, which is difficult for a team that primarily works out of a running formation.

Stat Shootout: Numbers don't lie in highlighting what Noles and Tech do best 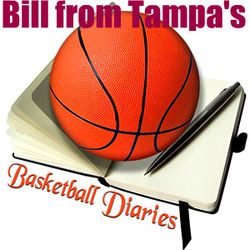 Most Florida State fans, if not all, understood there were going to be ups and downs with a program that is essentially starting over with so many new faces. Tuesday night was one of those bumps in the road. However, Minnesota was no South Alabama and clearly a much better team than the Jaguars.

But this game showed the Seminoles have a ways to go to resemble that team that won the ACC Championship last season. It was a snapshot of where the team is right now, not where it could be in March.

It will take some work and patience by the coaching staff, though, because there were more negatives than positives in the loss to the Gophers.

As far as the positives go you have to like that the team did not quit after getting down by 21 points. FSU could have gone through the motions finishing out the final ten minutes. It may have been late coming but the intensity level picked up enough for the Noles to make a run at Minnesota, closing it to 59-49.

And that's where a freshman mistake basically ended any chance at pulling off the win. Following the two free throws by Aaron Thomas, Hamilton slapped the press on, putting pressure on the inbounder. It paid off as the ball was tipped with Montay Brandon easily collecting the ball. But rather than put pressure on the defender, Brandon tried to bounce pass the ball to his teammate under the basket.

The result instead was the pass being picked off and a quick transition led to two free throws. Instead of an eight point game with more than six minutes left in the game it was now 12 and shortly a 14 point game.

Seminole Sounbites: Jimbo is non-commital on Stoops coaching in the bowl and the Noles next D-Coordinator

Tuesday evening, Fisher was eager to talk about practice but, as you'll hear, the media was more interested in the day's bigger story.

Official release from the U. of Kentucky:

“New beginnings always provide a sense of excitement,” Kentucky Athletics Director Mitch Barnhart said. “That’s why today I’m excited for Mark Stoops and his family as they provide a new beginning for our football program, fans and players. “Mark’s passion has been evident in the way he coaches and in his love for the game of football. That passion carried over into our process and his desire to wear the Blue and White. Our desire to get better defensively and continue to expand our recruiting base helped guide us to Mark. He comes from a coaching family and has been in big games and big atmospheres throughout his career. That has prepared him for this opportunity to become head coach at Kentucky. We welcome Mark, Chantel, Will and Zack to the Big Blue Nation.”

And this from U.K.'s President, Dr. Eli Capilouto, which indicates Stoops either was in Kentucky very recently or welcomed visitors to Tallahassee:

"I enjoyed my time this week with Coach Stoops. I am impressed with his commitment to student-athletes, both in the classroom and on the field. I am also deeply impressed with the way Mitch Barnhart has conducted this important process. I am confident that Coach Stoops has the character and skill to build the winning program the Big Blue Nation wants and deserves."

Here's the breaking news -- IF true -- from Kentucky Sports Radio:

"Finally, the search is over.

Florida State defensive coordinator Mark Stoops has agreed to a deal that will make him the new head football coach of your University of Kentucky Wildcats.  An official announcement from the university is expected later this afternoon.

Stoops, the younger brother of Oklahoma head coach Bob Stoops, is a rising star in the coaching world and one Big Blue Nation should be very excited about.  His Seminole defense ranks second in yards per game this season and is among the top 10 teams in almost all defensive categories.

We’ll have more on the hire throughout the day.  Until then, Go Cats."

What's next for ACC Championship tickets: Buy One Get One Free? 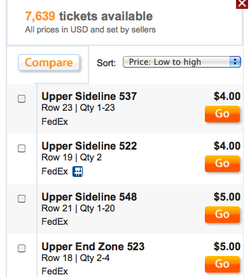 If you're debating whether to spend the money for a trip to Charlotte this weekend for the Rodney Dangerfield Bowl ("Don't get no resepct") -- don't. With ticket prices at StubHub under $5, getting a decent seat is pretty much chump change. Besides, the weather looks decent for this time of year: 63° for the high on Saturday and 42° forecast low, so temps should be in the low to mid 50s at kickoff. And gas prices are as low as $3.17 today in Charlotte. So what's stopping you? Certainly not the price of admission.

Meanwhile at the Pearly Gates, St. Peter answers a question posed by a new arrival 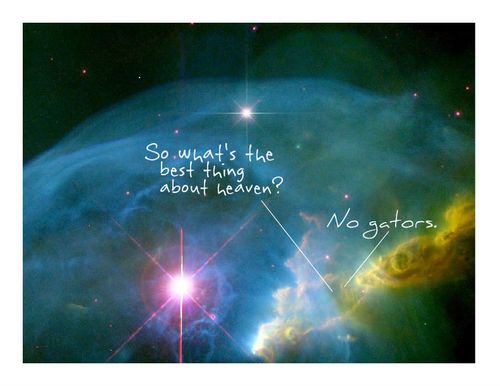 Seminole Soundbites: Devonta Freeman says "we just beat ourselves" in the running game

D-Free had 37 yards rushing Saturday, plus a 16-yard reception. But, of course, it wasn't enough. Freeman talks about it here along with comments about the 3-4 defense the Noles will face against Georgia Tech. 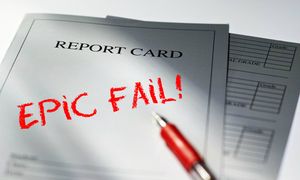 Two words can describe this game, EPIC FAIL. The Noles came up short on Saturday. You name it, and it went wrong. Execution and focus were way off in this game. Let’s just hope the Noles can put this game behind them and move on to the next game. You may want to sit down for these; I know I had to.

Offensive line: D
The biggest reason for the poor grade was because of consistency, or lack thereof. There were times where they looked like they were going to pull it together, but then the very next play there would be a blown assignment. Other than a couple solid runs, there were no other running lanes the rest of the game. To add to the frustration, the Noles continued to struggle running the ball once in the red-zone.

Running backs: C+
Freeman had a couple really nice runs. Wilder added to that, but it didn’t amount to much. They caught a couple passes out of the backfield. Freeman punched a run in for a TD, and at that point I felt the tide had shifted. Boy was I wrong there. This was a game that the Noles truly needed senior leadership from Chris Thompson.

Quarterback: D+
Where was EJ Manuel on Saturday? Because I know that’s not the same QB I have been grading all season long……Or was it? Many fans feel that this is the QB EJ really is, and that the Noles have been getting by despite his flaws. Well, his flaws stood out worse than ever on Saturday. He couldn’t hit anybody when they were open. One of his interceptions could have been avoided by throwing to the check-down-man, but he forced it anyway. He couldn’t handle the constant pressure. He never looked comfortable. If some of his problems are fixable, then they need to be fixed this week. Georgia Tech will take some notes from this game for sure.

Wide Receivers: B-
There were dropped passes and lousy route running for much of the game. I’m sure it became even more frustrating for them when the ball had been poorly thrown in their direction. This group had to be more frustrated than anybody else on the team. This is a very talented group and they feel they didn’t get to show that because of the missed throws from Manuel.

Defensive Grades After the Jump.