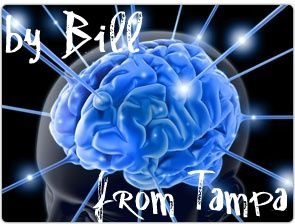 2. In speaking with ESPN's sideline reporter about the win immediately after the game was over, it's my guess that Jimbo managed to fit roughly 150 words in about 15 seconds. That guy who used to blaze through those FedEx commercials some years ago has nothing on the coach.

3. The obscure reference award goes to Gene Deckerhoff. With the ball on the USF ten yard line, 1st and ten, the score 20-10, the long time FSU play by play man inserted a reference to the Fibonacci Sequence in the description of the upcoming play. ?????????????? .......... I reiterate ..... ?????????????? Google reported a crash to their website shortly thereafter with those who were listening to the broadcast scrambling to the search engine.

5. Following a timeout called by the Bulls' head coach Skip Holtz presumably to set his defense, EJ Manual hit Rashad Greene for a 39 yard gain over the middle on a 3rd and 8 play whereupon Holtz I believe was heard to exclaim, "I called a timeout for that?????"

6. You make the call. It's 4th and 7. You are down by 13 points. Time remaining in the game is running short. An obvious pass play is called and you, the QB, are under pressure from the oncoming DL. You .....
A. Got the legs to do it so you tuck the ball and run and hope to make the first down.
B. Well, it was a pass play called so you stick with that and find anybody on the field with the same uniform.
C. Say the heck with it and just casually chuck the ball to the water boy on your sideline to avoid the sack.
D. Realizing the error you promptly trot to the opponent's sideline to avoid your head coach.

7. Memo to South Florida: Green outs (which had a decided garnet and gold tint to it in the stands) are not a good thing.

8. Referring once again to the aforementioned Deckerhoff commenting on every FSU fan's favorite ACC official, "Is it me or is Ron Cherry losing his voice,” prompting Mrs. BFT to shout "I wish he'd lose his way to the stadium sometime!!!" I got the distinct feeling she did not much care for good old Ron.

9. The 'Ya Think Award goes to William Floyd commenting on Lonnie Pryor's 44 yard rush around the left side from the FSU 7 yard line, "That's what you call getting some breathing room." I'm guessing Lonnie made it to the sideline to catch his breath after that.

10. Sign seen at ESPN's Gameday show: ....This space left intentionally blank as I have found it impossible to see the Gameday show while listening to it on the radio. Go figure.

11. And speaking of Gameday, Rece Davis as the show was ending ...."And where 'Ole Miss will shock the world tonight against Alabama." Would that be the 15 seconds that Alabama trailed for the first time this season or the fact that the Rebels only lost by 19 that would be the shocking part?

12. After observing West Virginia's first ever Big 12 conference game on the road, the program apparently has come up with a way to save on the increased travel costs by not bringing a defense. Baylor's defense apparently wanted to watch the historic game and stayed home to catch it on TV.

13. Undeniably random and dubiously meaningless statistic .... What do Baylor and Clemson have in common? Here's a hint. It has something to do with the number 70 (not in Fibonacci Sequence btw) and the Mountaineers.

15. For the life of me I cannot figure out why I got THE STARE as I woke Mrs. BFT out of sound sleep on the couch when I let out a "YEAH BABY!!!!" as they flashed a camera shot of Alabama's baton twirling squad. If you saw that camera shot you'd understand what I was talking about.We're talking babes here. For some reason though Mrs. BFT was not impressed.