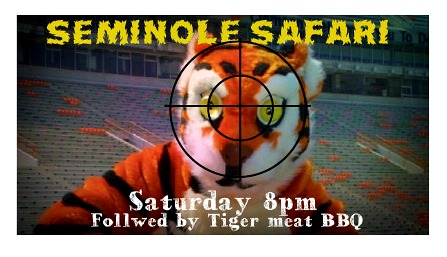 Seminole Soundbites: Bjoern Werner talks about what made him better this season--and it's not just losing lbs.

It's a defensive end two for one, as we follow the Tank Carradine interview by getting a rare chance to hear Bjoern talk everything from facing Clemson to the tools that help give him an edge.

Tank talks Clemson plus a footnote from last Saturday when he lined up on the wrong side by mistake but still made a sack. 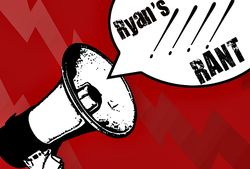 Wow. Just wow. I’m sitting here, typing my weekly rant, and, despite so much positive news going on at FSU, it’s really tough to find a topic to write about. So, instead of discussing one major topic, let’s tackle a few things from the past two weeks.

Notre Dame and the ACC: I’m not so focused about what this affects right now, though it does have some good scheduling ramifications, more so for Notre Dame than FSU. Notre Dame’s current TV contract with NBC runs through 2015, so if I were a betting man, I would expect a 16th team to be added, with Notre Dame fully joining the ACC in football, and adding in some TV revenue from NBC, all around the 2016 season or so. My way-to-early prediction on a 16th team? Louisville. Strong basketball program, decent football program (right now). They’d have to continue to improve to get an offer.

FSU vs. Clemson: There is already going to be enough hype for this matchup, that I don’t need to say much about it. Gameday is going to be there, it’s a primetime matchup (arguably the highest ranked ACC matchup at Doak Campbell Stadium), and, looking at FSU’s schedule, this could be their toughest matchup all year. With the Seminoles at number four right now, the stars are starting to align for a January in Miami, and I’m not talking about playing the Big East.

Virginia Tech: Their loss to Pittsburgh hurt FSU more than it hurt Virginia Tech. Following the Clemson matchup, the Thursday night showdown in Blacksburg was expected to be the Seminoles most challenging game. It still very well could be, but in order for FSU to have a chance at leaping into the top two, Virginia Tech needs to get themselves back into the top 15. Another primetime win against a highly ranked team in November could easily vault the Seminoles into the national title game consideration.

On a final note: For those going to the game this weekend, stop talking now, and spend the week sitting on your butt. Come Saturday night, you need to be on your feet and screaming at the top of your lungs for four quarters of football. Whatever the reason, this Clemson team has had our number a few times, so let’s get out there in full force, make Doak rock, and show the entire nation that FSU is back.

Quickly becoming one of the media's favorite Seminoles to interview, Nick Waisome talks about the hype for the Clemson game and trying to keep it in check.

Seminole Soundbites: Rashad Greene compares being a good punt returner to being a sniper

In his Monday sit-down with the media, FSU's ace CB talks about preparing to face probably the most dangerous offense the Noles will go up against this season.

The grades are in from the Wake game 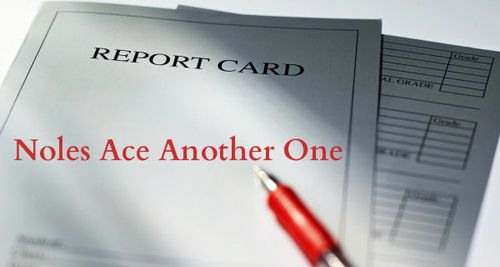 He's a long-time FSU convert, a serious analytical fan, and a darn tough grader. He's Jeremy Zimmer, writer of our newest feature, the weekly report card. Catch Jeremy at his regular place on the web, the College Football 2 Day blog.

Florida State took care of business on Saturday with an impressive win over the Demon Deacons. Let’s take a closer look and see how each unit played.

Offensive line: B+
You might argue with this one, but we have to be honest with ourselves. I know they were able to spring the Noles for 385 yards on the ground, which is very impressive. And I think they have come a very long way from last year. I don’t want to take anything away from that. However, there were points where the offensive line needed to make a push and they didn’t. Settling for a field goal inside the 4 yard line won’t cut it in bigger games. Believe me, though, the Noles’ offensive line is on the right track.

Running backs: A+
385 yards rushing, that says it all. Chris Thompson looked as explosive as ever. What a great game for Thompson, especially against Wake Forest. He had a career day: 9 carries for 197 yards and 2 TDs. Wilder almost had his third 100 yard game ending with 94 yards.

Quarterbacks: A
EJ Manuel looked a little shaky early but he managed the game well. I would still like to see him develop. 5-11 in the first half, but ended the day with 15-24. He had two touchdown passes and another touchdown running the ball.

Wide Receivers: B+
A couple of dropped passes early and maybe a little bit of a lack of focus. That seems to have been the theme for FSU’s wide receivers so far this season. It looks like it takes them a few drives to get going and that can’t continue. EJ Manuel needs his receivers going 100% from start to finish going forward. Again, I am not trying to take anything away from a solid performance but these are the details that they will be focusing on in the coming weeks.

Defensive Line: A-
The Seminoles’ defensive line played a great game, even in the absence of Brandon Jenkins. Four sacks and only allowing 43 yards rushing for the game. They had a few mistakes, but a strong showing overall gives them confidence going into the Clemson game. ‘Tank’ Carradine filled in nicely for Jenkins. He looks like he has some great games ahead of him.

Continue reading "The grades are in from the Wake game" »

In the Wake of Saturday's victory

Always the gentleman, Wake Forest Coach Jim Grobe showed class in talking about the team that had just slammed his Deacs with the worst loss of his career at the school (source: The Winston-Salem Journal). It's also confirmation that this is a different FSU team than Wake has faced in quite some time.

“We had a couple of things today that we had a lot of issues with,’’ Grobe said. “First and foremost was getting them blocked. We couldn’t run the football and they had us in a lot of third-and-long situations. That’s not a good thing because their front is so athletic and physical and they pressure you really, really good.

“And then they play some man coverage that we couldn’t get away from. Quite frankly they locked us down a little bit. A couple of times we did happen to get a decent protection, we had nowhere to go with it. And then of course there were times they heated us up. We couldn’t give Tanner any time to throw the football. I’d like to say if we had given him a bunch of time we would have been OK, but I thought their coverage today was really good.’‘

Michael Campanaro, who entered the game as the ACC’s leading receiver with 22 catches, dropped the first pass thrown his way and never got going. He finished with two catches for eight yards. 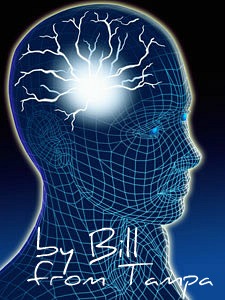 1. Now that is how a FSU game against Wake Forest should look. Ten years ago we took that sort of outcome for granted when playing the Deacons. Not so now after losing four out of the last six game to Wake. Maybe after handing out ten or so drubbings like that to the Deacs we can start taking that for granted again.

2. If you are into statistics, one statistic of the Seminoles that will not require the use of a calculator to determine the exact number is points allowed per game. As Three Dog Night used to sing, one is a lonely number.

3. It should be interesting to see if that Seminole defense can hold Clemson to just one point. Probably won't, but it is possible by just allowing a run back of a blocked PAT attempt. Hopefully from one of our seven or so touchdowns. But that remains to be seen.

4. On a side note, has anyone noticed that Savannah State has yet to score a single point in the three games they have played so far? That won't require a calculator, either. What it will require is the use of an adding machine for the points the Tigers have allowed .... 195 to be exact. On the bright side for Savannah State, they got a boatload of money to get abused like this. That kind of chunk of change will buy you a whole a lot of ice tubs.

5. Back to yesterday's game versus Wake, kudos to the few Deacons' fans that attended. Not only for staying for the entire game and watching the bludgeoning their team took, but for sitting in those seats in the lower corner of the south endzone for the entire game with the noon sun blazing down on them.

6. The same cannot be said for the student section, much of which showed up near the start of the second quarter and stayed long enough to see FSU open a 38-0 halftime lead. By the end of the game you could have easily counted the number of students left in that section.

7. My guess is they had a biology exam to study for. Yeah, that's it ... a biology exam. That is my story and I am sticking to it.

8. I guess the same can be said for the thousands of empty seats in the southeast corner and around the Marching Chiefs. How can you not want to see the revenge fest beat down of the Deacons after what they have down to FSU over the last few years, I just don't know.

9. Meanwhile, back to the game, did anyone else notice the Kent State-like moment when after FSU's final TD the 'Noles kickoff team started to line up on the wrong end of the field? Well, who can blame them. They were  probably still seeing in their minds those two lightning quick TD's by Chris Thompson.

And in conclusion: So if FSU beat Wake (I wonder if they were wishing they played the second half with a running clock?) that badly, a Wake team that beat North Carolina who beat Elon 62-0, I wonder (and I had a lot of time to wonder during Saturday's game as the Seminoles racked up numerous scores) how badly FSU would beat Elon? Let's hope we never find out. Elon is probably hoping for the same thing.