« Deniably Random and Decidedly Meaningless Thoughts | Main | Seminole Soundbites: Everett Dawkins dismisses the 2009 USF loss as "We were a totally different team back then" » 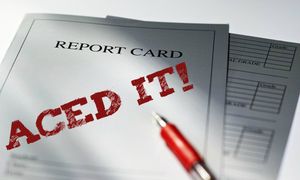 by Jeremy Zimmer of College Football2Day

The Seminoles faced their biggest test up to this point, they didn’t disappoint. They weathered the storm early and finished strong. Clemson tested the Noles’ mental and physical toughness, but the Noles wouldn’t back down. So, how did each unit fair? Pretty well if you ask me.

Offensive line: A+
The offensive line controlled the line of scrimmage the entire game. They opened running lanes for the backs, and more importantly they gave EJ Manuel time to make plays with his arm. The most encouraging sign was that they appeared to get better as the game progressed. This was a huge test against Clemson’s defense and they aced it.

Running backs: A+
287 yards rushing. Chris Thompson does it again. 15 carries for 103 yards and 2 TDs. Thompson also caught 8 passes for 79 yards. He wasn’t the only one that got over the century mark in rushing. Designed run plays for EJ Manuel helped spring him for just over 100 yards. James Wilder Jr. added 9 carries for 65 yards and a pair of TDs. Lonnie Pryor also added a TD. Another ace for the offense.

Quarterbacks: A+
The spotlight was on EJ Manuel all night long. This was his chance to show the country that he had improved and was ready for the big stage. Well, if there were any questions about Manuel, they were put to rest Saturday night. EJ finished 27-35, 380 yards and 2 TDs. Oh, and he added 102 yards rushing on 12 carries. First time since the Charlie Ward days that FSU had a QB throw for over 300 yards and rush for 100 or more yards. It was clearly EJ Manuel’s best game thus far as a Nole, and he couldn’t have chosen a better game to do it. Heisman watch? If he continues this kind of success, then he is well on his way.

Wide Receivers: A+
You couldn’t put your finger on any one guy. Every receiver made crucial plays. That was the problem for Clemson. If Clemson focused on one or two guys’ it left mismatches for the other receivers to take advantage of. I’m sure many fans would have loved to see more deep passes, but Clemson made sure they wouldn’t be beaten deep. I had to laugh a few times during the game. Clemson’s safeties would drop back so far on pass plays. That would lead to easy completions underneath for much of the game.

Defensive Line: A+
Yes, the defensive line struggled at times to contain Tajh Boyd, but they did their job well when the pressure was on. They pressured Boyd, and they disrupted run plays all night. This was, by far, the toughest test they’ve faced. Just an outstanding performance against the best offense they may see all season. My concern going into the game was:  how would they deal with all the misdirection plays that Clemson runs? They held their own and got the job done.

Linebackers: A
Another situation where I was worried about Clemson’s misdirection plays, and yet again, the linebackers responded. There weren’t any glaring mistakes but there is still some room for growth.

Secondary: A-
There were a couple of blown coverages where Clemson took advantage, but when it came down to ‘crunch time’, they made plays. Clemson’s whole game plan was based on trickery. They were looking to confuse and trick the Noles’ secondary. They fooled them a few times with some double passes. As the game progressed though, the Noles’ secondary tightened up and made the grade.

Special Teams: B-
Tough night for Dustin Hopkins. He missed two field goals in the first half. To make matters worse, Rashad Greene fumbled a punt after the defense had a key stop in the first half, and it lead to another Clemson score. Lamarcus Joyner had the highlight of the night with a huge kick return that really helped get the momentum going in the second half.

Overall Team Performance: A
Almost picture perfect. The only missing piece was the special teams. Sure, Clemson scored 37 points, but we knew they would score with their loaded offense. The question was: could the Noles’ defense slow them down? And they did.

Character: A+
I had to give the Noles a grade on their character. They were struggling early, and at times, it looked like Clemson was going to put the game away early. The Seminoles never looked rattled. There was a calming confidence about them that you could just tell they knew exactly how the game was going to play out. I haven’t seen that characteristic in a big game in over a decade. Jimbo Fisher did a great job keeping them focused.

Now FSU turns its focus on South Florida. Check back to see if the Noles have another stellar game. It will be their first road test of the season.