Here's L-Joy after FSU's final scrimmage this week, excited about the mix of veterans and newer guys as they polish their technique to kick things up a notch over last season.

Manuel covers everything from how he's feeling after the early pre-season injury, to development of the O-line, who's getting it done in the secondary, and lots more.

Besides catching a boatload of passes in fall drills, rising junior Greg Dent has caught the eyes of coaches, too. In this interview he talks about his performance, his injury, and how competitive things are between the many skilled receivers on the Noles roster.

Seminole Soundbites: Christian Green on improving his game and that of other WRs

It's not easy being Green when FSU has such a wealth of talent at his position. But Christian Green is busy sharpening his game to increase playing time in 2012 and maybe contribute as a kick returner, too.

Seminole Soundbites: Nick Waisome says "I feel like I've established myself and will enter the season in the starting position"

If Nick Waisome is right, he'll line up as FSU's starting corner in Greg Reid's old spot. The 5'10" sophomore is the latest in our exclusive one-on-one series of getting to know key players better. 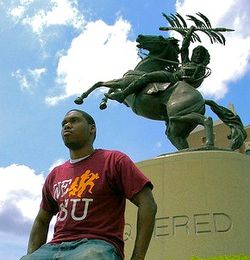 That time of year is finally coming again--College Football is just around the corner. As the Florida State Seminoles gear up for  2012 with hype surrounding them as usual. How can we be sure that this is actually Florida State's year? Well, we can't--but what I will do is list some of the things that I hope to see out of the team that could potentially help them get over the hump in 2012.

1. EJ Manuel rising to the occasion: This seems obvious enough, no? RS Sr. EJ Manuel is an interesting case in that to date, he hasn't been quite as good or bad as many have deemed him. Manuel was one of the best QB prospects in the nation coming out of high school in 2008 and his time at Florida State has all been spent either backing up first round pick Christian Ponder, or recovering from and playing through various freak injuries.

Overall, Manuel's numbers are not much to sneeze at, considering he has one of the highest completion percentages in FSU history and holds a 13-4 record as a starter, 14-4 if you so choose to give him credit for the 2010 Chick-Fil-A Bowl. His four career losses as a starter include falling to a then ranked #1 Oklahoma, an ACC Champion VT squad, and a #1 SEC Champion, Tebow led UF in the swamp. Last season he was one of the ACC's most efficient quarterbacks on a yards per attempt basis and scored a total of 22 touchdowns.

So what's the beef with EJ Manuel's play? For one, a lack of consistent protection led to a visible discomfort in the pocket as the season wore on for Manuel. He took a brutal beating, as the Seminoles ranked 110th in the nation in sacks allowed for the year. While a great deal of those sacks can be attributed to poor offensive line play, there were times in which Manuel was not decisive enough or struggled to check the offense into better plays prior to the snap. In order for the Seminoles to bounce back in 2012, Manuel's confidence will have to be restored and his mastery of the offense more evident. Part of that responsibility belongs to the players around him, but ultimately it will be Manuel that people look to in his final year at Florida State.

2. A running game: The Seminoles struggled to establish a consistent running game last season. Injury and ineptitude at the tailback position severely stifled what FSU was able to do on the ground as leading rusher Chris Thompson went down early in the year and seniors Ty Jones and Jermaine Thomas struggled mightily to produce. The bulk of the load was left at the feet of true freshman Devonta Freeman, who would lead the team with 579 yards rushing and 8 touchdowns, out-rushing the next two leading rushers by 140 yards.

Get out the sunscreen. The seminoles.com site has confirmed a rumor we heard a  few days ago from a contact in the ticket office that the Noles and Demon Deacons will kickoff at noon on September 15. FSU's first ACC opponent and a little matter of payback for last year should ensure a close-to-full Doak Campbell Stadium.

Exclusive Audio: Vince Williams confesses
"If I don’t get a championship I feel like a failure"

Despite the noisy background, Senior LB Vince Williams gets real about trying to bring everybody else together in his final season. He also talks about Nick Moody’s move to linebacker, and which offensive lineman he thinks looks like the Brawny Man.

Exclusive Audio: Jacob Coker ready to do "whatever they want"

Earlier in the week we heard from Clint Trickett. Now we turn to Jacob Coker as he talks about his development through a redshirt freshman year to the present, plus which of this year's freshmen has caught his eye so far.

Exclusive Audio: Tank Carradine ready for a big season, says "I feel much better about this year than last year"

FSU's third defensive end got better as the 2011 season progressed. Here he talks about learning the system, the D-line's vets and new guys, and the latest scrimmage.