« Seminole Soundbites: Rodney Smith on the urgency for FSU seniors, "We’ve gotta put it all out there on the table" | Main | Stud RB transfer from Ohio State will have little impact for Murray State on Saturday »

He's Baaaaack: Ryan kicks off his 2012 Season of Rants 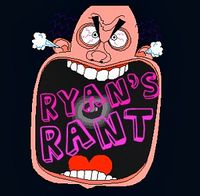 This is the moment we have been waiting for since December 29, 2011.

We’ve spent the last 8 months watching the television, reading the newspaper, and trolling the internet forums, gathering as much information as we could.

We watched 18 year old men put on the garnet and gold cap in February and pledge themselves to this university for the next four years.

We watched as we saw our first glimpse of next season in April, wondering who would be ready to take that next step in the fall.

We spent all summer reading and listening to the good and the bad, from quality players being removed from the program, to incoming players preparing to make their mark from day 1.

We’ve listened as the talking pundits have declared, once again, FSU is “back.”

And now, it’s time for the players, who have committed their bodies and mind since the end of last season, to represent the garnet and gold on the field.

But it’s also time for us, as fans, to represent the garnet and gold everywhere else.

We need to be there, for our team, at all times. From kickoff until the clock shows all zeros, we need to be on our feet, yelling, rooting, and showing opposing teams that a trip to Doak Campbell Stadium is the worst thing imaginable.

We need to walk around from Sunday-Friday in our garnet and gold best, letting all who come into contact with us know that we are fans of college football’s greatest team.

But most of all, we need to support them. From every blowout win to heartbreaking loss, from touchdowns to interceptions, sacks to blown coverage, and everything else in between. These young men who so valiantly fight for our team need to know that they have our support.

We need to support our coaches, who spend every waking moment finding ways to improve this team.

So whether you make it to every game, or have to listen to Gene Deckerhoff on the radio, be there for your Seminoles in whatever way possible.

As Coach Fisher once said, “This is our time. This is FSU time!”