The 4-1-1 on Josh Delph, that new face in the Noles lineup 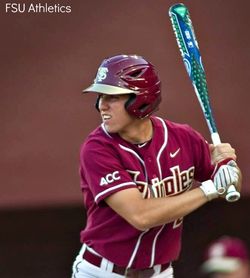 Good story here on Josh Delph, the name that's beginning to creep into minds and hearts of FSU Baseball fans. Just a freshman, he's hitting at a decent clip for a newcomer facing tougher pitching than a year ago in high school. And in the field, the guy is perfect: 0 errors in 34 games he's played. So remember the name. You'll be hearing more of it in the years to come. 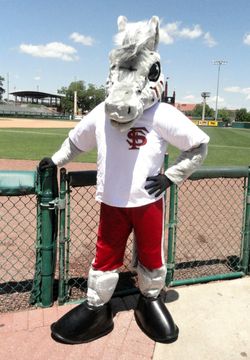 Continue reading "He's Baaaaaack! Uh, but does anybody remember him to begin with?" » 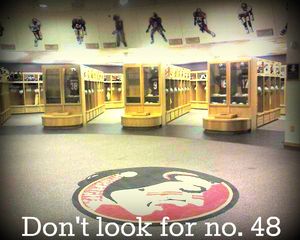 FSU a last minute choice for the newest Nole

Tuesday's commitment by 4-Star LB E.J. Levenberry was right down to the wire." He admitted to the Washington Post he decided only about an hour before the announcement. “I was thinking about it all last night whether it would be Michigan or Florida State.”

He also told The Post that he chose Florida State "because it had the best program for his likely major (Criminology) and also seemed like a place where he could compete for playing time right away under a defensive assistant, Odell Haggins, with whom he grew comfortable with during the recruiting process.

"Levenberry visited Tallahassee three times and said the Seminoles had been recruiting him since between his freshman and sophomore seasons."

Besides earning a reputation as a hard hitter, Nole fans know all too well a player's actions off the field are important. Which is why we like this video of E.J. sounding the exact opposite of a spoiled football star, along with some solid character indicators from his coach.

Here's the story from his hometown newspaper.

An early plum for the Noles 2013 class would be 4-Star Virginia LB E.J. Levenberry. At 6'3", 226 lbs. he fits the prototype LB mold nicely. And the video above is a testament to his skills and speed.

E.J. announces his college commitment today. It's reportedly down to FSU and Michigan, though a Washington Post story says he favors the Noles. Besides getting a promising talent, Florida State would be adding an E.J. to the roster to the replace the one that will be sweating out the NFL draft around this time next year.

It's not everyday FSU Baseball is in the zone like it was for three straight over the weekend. Mike Martin recognizes just how big a sweep of the Canes really is as he talks about it here in his Sunday post game press conference.

Jimbo on tour talks about the offense

Here's video of Jimbo firing up Pensacola boosters duirng his spring tour. In this clip "Mean Gene" asks him to talk about the offense, specifically the QBs. 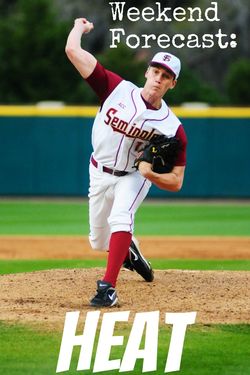 Continue reading "It's a whole new ballgame for FSU's pitchers" » 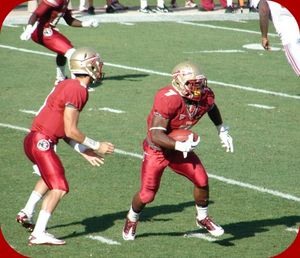 You've seen or read bits and pieces of Jimbo's media grilling after Saturday's annual Garnet and Gold contest. Now hear him uncut (except for a few awkward pauses) as the Seminoles coach goes in depth on which players and what segments made his spring honor roll.