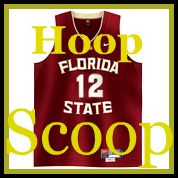 Expecting the rapid pace UMass likes to play, Leonard Hamilton's game plan was to rotate players in and out early and often. That game plan was altered quickly when Deividas Dulkys, Snaer's backup, picked up his second foul just minutes into the game.

Key also was an in-game adjustment of moving Okaro White from the three spot to the four to utilize his height better. With White's athleticism, the move paid off with White collecting 11 boards and 3 steals. It paid off on the offensive end, as well, as White scored all 11 of his points in the second half.

Reading the boxscore, it doesn't look good for the 'Noles who shot just 35% and only 3 of 12 from behind the arc. Accumulating 23 turnovers didn't help either as well the Seminoles missing numerous layups and shots from around the rim.

Those aspects did not please Hamilton, as you expect, noting the turnovers and missed layups specifically.

"The effort was good", Hamilton said afterward. "We just did not make good decisions with the ball. Hopefully that was just first game tournament jitters."

The bottom line though, as Hamilton commented, was FSU is 5-0. So it wasn't all bad.

"There were a lot of positive things in this game, but there is a lot of things to work on at this time of the year," Hamilton said. "We are moving in the right direction, though."

FSU took an early 7-0 lead and held that lead until the 5:11 mark of the first half when UMass took a 21-20 lead, its one and only lead of the game, on two of three free throws from Raphiael Putney. FSU took the lead back less than a minute later en route to a 36-25 halftime lead.

Hamilton made his locker room adjustments and the 'Noles outscored UMass 9-3 in the first 5:21 to open up a 45-28 margin. This despite the Seminoles turning over the ball three times, twice on inbound plays. The Minuteman did not capitalize on the FSU miscues however.

Then later it appeared UMass might make a run when they threw a full court press on FSU that caused four turnovers on four straight inbound plays. Massachusetts' move managed to close the gap to 45-35 with 12:54 to play.

Massachusetts would never threaten again with FSU up by 25 points with 3:45 remaining.

It was not all bad on offense for the Seminoles. In a game that turned chippy, FSU did attack the basket and went to the line 39 times, connecting on 30 freebies. And there did seem to be a sense of purpose when the 'Noles moved the ball either by the pass or the dribble. Finishing opportunities and turning the ball over negated a lot of those positives. Still this team seems to be more comfortable when playing in transition.

Joining Snaer and White in double figures was Luke Loucks with 12 points, who had a good game overall with 4 steals, 3 rebounds, and 3 assists. His only drawback was the 6 turnovers he committed.

FSU moves into the winner's bracket and will play again on Friday at 4:30. The opponent will be either Harvard (currently leading at the time of this writing, 49-24 at the half) or Utah. Should it be Harvard expect a completely different style that the Seminole defense will have to contend with. Harvard, led by Tommy Amaker, likes to employ a lot of the Princeton-type principles.