« Will FSU play that rare “Lights Out” game before the season’s over? | Main | Who's afraid of the big bad Wolfpack? » 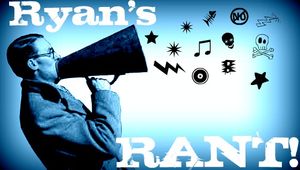 All summer long, one of the more popular discussions on the message boards was in regards to the veteran leadership. Who would be the guys that took this team on their back and willed them to victory? Juniors and Seniors are usually looked upon in these roles, and recently, with FSU climbing out of the hole they dug themselves, we are seeing the guys expected to lead the team, take charge.

QB EJ Manuel was undoubtedly expected to be the biggest show of veteran leadership, and despite his injury, since his return against Wake Forest, he has taken that responsibility with a full head of steam. The Junior has thrown for 1455 yards and 11 touchdowns, while also contributing 132 yards and 3 touchdowns on the ground. I think he experienced some jitters being “the man”, but has now finally settled into a groove, as evidenced by the hot starts against Duke and NC State the past two weekends.

RB Jermaine Thomas has been sandwiched between a ton of quality running backs during his time at Florida State. Despite that, the Senior RB has had moments of greatness, none more recently than the past two weeks. On only 24 carries, Thomas is second on the team in rushing yards (156), and leads all backs with a 6.5 yards per carry average. With the injury to Chris Thompson, Thomas will need to continue to show consistency, and give the Seminoles another leader on the offense.

If I had a nickel for every dumb mistake LB Nigel Bradham made, I’d have a bit of change. The Senior LB made some critical mistakes against Oklahoma and Clemson, but has moved forward from them. His 41 tackles lead the team, and his two sacks and one interception show the range that he possesses. Bradham has been hyped up for quite some time, and needs to keep a level head and make smart plays if we expect to see him on Sundays.

Junior Brandon Jenkins came in with a ton of preseason hype, and he has shown why it was warranted. The DE is a menace, getting past lineman for 3.5 sacks and 6.5 tackles for loss on the season. Many teams have resorted to double teaming him, leaving plenty of room for the rest of the defensive line to show their faces to opposing quarterbacks.

While the veterans have the experience, the talent and passion of the freshmen and sophomores cannot be overlooked. Contributions from DE Bjoern Werner, WR Rashard Greene, QB Clint Trickett, RB Devonta Freeman, and DB LaMarcus Joyner are what gives this FSU squad its identity.

The Seminoles are not a one-stud team. They all rely on each other, allowing each player to have his role on the squad, contributing to wins and championships. This nucleus of players will only continue to improve as the season goes on.

Tomahawk Stickers from last week go to:
RBs Devonta Freeman and Jermaine Thomas: The two teamed up for 187 yards and two touchdowns on the ground. Both had over 9 yards per carry. Coach Fisher loves a balanced running and passing attack, and these performances make that possible.

LB Telvin Smith: With 2 sacks and 2 tackles for loss, Smith was a nightmare for the Terrapins last weekend.