« What's the next challenge for FSU? You're looking at him | Main | TomRob's UPDATED Boston College Preview » 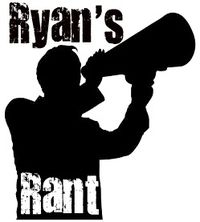 Most running backs who amass over 2,000 yards, 20 touchdowns, and a four star ranking as a high school senior don’t expect to amass maybe a quarter of those stats during their entire college career. Heck, most students would have transferred after one year for not being involved. For FSU FB Lonnie Pryor, however, he has embraced his ability to contribute to the well-oiled offense that is FSU.

With the pass first offense being the primary choice of teams, fullbacks are pushed aside for extra blocking and receiving tight ends. Most teams don’t even employ a true fullback. Coach Jimbo Fisher saw something different in Pryor, and since day one, has given him an opportunity his fellow signing class members did not have.

While Pryor may not get the ball as often as the other running backs, there is no doubt he is used on almost every play. Pryor has played in every single game since joining FSU, and has a knack for finding the end zone. He has amassed 14 career touchdowns in three seasons, including 5 receiving touchdowns, which gives him a quality not found in many running backs, let alone fullbacks.

Since becoming named the starting fullback in 2010, Pryor has busted his butt to become the best fullback in FSU history, and the accolades are piling up. He has earned the Skill Blocker Award and Offensive MVP at the end of Spring Practice 2011.

Teams are starting to prepare against him, but when FSU lines up in the I-formation, nobody wants a piece of No. 24 when he gets a full head of steam. Every team will have their big name stars that make the covers of magazines, but championships are won on the backs of the workhorses, and Lonnie Pryor is clearing the way for them all.