« FSU-NC State Game Gallery: The defense | Main | What's the next challenge for FSU? You're looking at him » 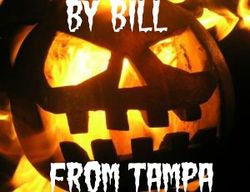 1. Other than the offense, defense, and special teams it's just a dadgum shame we didn't play very well on Saturday afternoon.

3. I see the Florida State defense was part of a new Occupy (insert your favorite city, street, or park here) movement. I believe it was called Occupy the Wolfpack backfield.

4. Seeing his offense struggle mightily and putting up zippo points against the FSU defense, NC State offensive coordinator Dana Bible was probably consulting one along about the middle of the fourth quarter.

5. The Master of the Obvious Award (MOTOA) goes to Gene Deckerhoff. Noting the paltry amount of rushing yards at the half by NCS, with paltry in this case being 30, Deckerhoff said, "they'd like to do better than that." NO WAY!!!!! Really??? You don't mean Tom O'Brien's game plan was something like "OK men, our goal today for on the ground is 5 yards."

6. Runner up for the MOTOA .... Mrs. BFT who, noting the note of Deckerhoff asked, "I wonder if NCS will throw the ball to get back into the game?"

7. And speaking of rushing, memo to Coach O'Brien who has not once in the last 14 years as a head coach had his FB carry the ball: This is Lonnie Pryor. He is a FB. He can carry the ball. Or in the case of his 8-yard TD, carry at least five defenders into the end zone with him. Just something to think about for the future of NC State football. Which at this rate may not be all that much longer.

8. Let's see, they've subtly sliiiiiiiiiiiiiiiid the ball forward. And now iiiiiiiiiinch the marker back towards the ball. I can hardly wait to see what inventive way the ACC referees devise to give an opponent of FSU a first down. It would not surprise me to see maybe something like a ref pointing away from the ball towards the sky and yelling "Hey look ...... it's Haley's Comet!!!" and then kicking the ball forward.

9. Predicting Thursday night's score against Boston College. Let's see here. We have two games with scores of 41-16, two with 34-0, and two with scores of 35-30 (although we don't like to think about those very much). Soooooooo, we have available to choose from
A. 23-13 (we won't think too long about that one either)
B. 62-10 (I could live with that although BC might not)
C. The game called on account of snow

10. Catching highlights of the Yale/Columbia game where weather conditions were somewhat less than balmy, you could not help but notice the three male shirtless students in the stands cheering on their team (I am going to assume whichever team wears blue because that was probably the color those guys were at the end of the game). So, what's it cost per year to attend either one of those schools ..... $30,000, $40,000? For their parents, that was money ......... spent.

11. Just out of curiousity, why do they call it the red zone? I mean the grass is still green in that part of the field just like midfield. Unless you are in Boise, of course.

12. Sign seen at ESPN's Gameday show shown from Southern Cal (where the call time for Fowler, Corso, et al was probably Friday at 10 PM): "Have you seen my baseball." Yes, it was last seen clearing the center field fence in St Louis in game six.

13. While losing every game in October (OH, and four to be exact) is a good thing unless you are of course a fan of that team that actually thinks neon blue and bright orange is a good color combination, we are thinking that Ofer in the month of November would be even better.

14. Another Gameday sign: "The NCAA sanctioned my other sign." Now there's a Trojan fan with a sense of humor. He would need one following that triple OT loss.

15. And while many if not all you reading this randomness are college football fans, let's not lose sight of the meaning college. Football is just a game. But college ..... well, college IS important. Because if colleges didn't exist we wouldn't have college football.