« Jimbo slams the door on QB controversy: "E.J. will be the quarterback" | Main | Uh-oh. Say it ain't so, Jameis Winston » 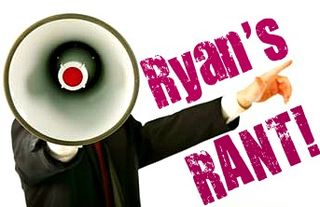 This isn’t the team I had been reading about since spring ball.

This isn’t the team that, all preseason long, had the swagger and the confidence reminiscent of the past.

This isn’t the team that had national championship aspirations in only year two of the Jimbo Fisher Era.

This isn’t the team that would fall prey to the “trap game.”

This isn’t the team that had such depth at running back, the biggest question was, how often would our Quarterbacks even throw?

This isn’t the team that would make so many mistakes (11 penalties for 124 yards), they would doom themselves.

This isn’t a team that would see its Senior Linebacker make numerous stupid penalties for the second week in a row, giving Clemson new life each time.

In fact, I don’t know who this team is anymore. Florida State had an amazing opportunity to keep themselves in the top 10, and go into their bye week 3-1, banged and bruised, but with heads held high and an early 1-0 record in conference play. Instead, the Seminoles limped into the time off at 2-2, and now start at a disadvantage.

Let’s face it, this team isn’t who everyone expected them to be. Earlier in the season, ESPN Columnist Pat Forde called FSU one of the perennial “over-rated” squads in college football. I, like many others that bleed Garnet and Gold, thought he was a crock. Now, I wonder just how right he was.

With rumors to the SEC running rampant, I doubt FSU could handle a schedule that could see them facing quality teams week after week, and be able to keep a high level of play. I saw one team on TV against Oklahoma, a team that looked ready to make the leap, and over the weekend, it looked like a completely different team, one highlighted by a defense that made the 2009 squad look amazing.

Simply put, last week wasn’t the FSU we all expected. On October 8th, against Wake Forest, which team will show up? Elite teams shouldn’t have to wonder, and hopefully, FSU fans won’t either.

None. Despite a solid performance by many (Bjoern Werner, Clint Trickett, et all), nobody on this team deserves individual praise from a horrible game.