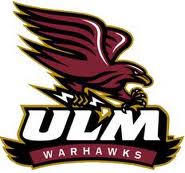 One of the keys to FSU getting an early lead and avoiding a dog fight with Louisiana Monroe is the ability to pressure QB Kolton Browning. The sophomore earned his stripes last year, passing for 2553 yards and 18 TDs. With that under his belt, and four proven WRs, ULM should be able to move the ball with a short-to-medium passing attack.

We checked in with Vines to find out more. He told us: "The way Berry describes it is they really tried to 'break' the two freshmen offensive linemen during fall camp, but he said he really liked the way they responded and that they haven’t been overwhelmed. Now from what I understand, the offensive line was pretty bad last year, so the fact that some of those guys might not keep their starting positions may not be too surprising. Obviously starting true freshmen in this situation is not ideal, but it actually may be ULM’s best option at this point."

Next, we asked Vines how QB Browning is looking in pre-season practice.

Finally, we touched on ULM's run game (96th in Div. 1 last year, averaging 120.33 yards per game). Vines indicated Warhawk coaches are optimistic, telling us: "They have a running back in Jyruss Edwards that ULM coach Todd Berry is really high on. Edwards gained just 375 yards as a freshman (third on team), but his 4.5 yards per carry were more than a yard higher than any other back. He’s going to be the main back this season. Quarterback Kolton Browning can also run, and his 385 yards were second on the team. But Browning had 171 rushes, and they tell me he was scrambling for his life this past season. I’m not sure if that is going to mean more traditional handoffs for a running back, but ULM must run the ball better this season."