« Today's lesson in humility: Be careful what you wish for | Main | FSU may be Top Ten on the field but it's number 22 at the cash register »

Kick the Canes while they’re down?
Not so fast, my friend 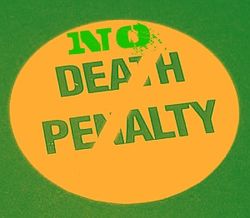 The college football world woke this morning to find that it really is all about the U -- and not in a good way. The Canes are suddenly deeper in doo-doo than a swamp buggy stuck in Everglades muck.

It’s easy for fans of most college teams, including FSU (but minus Ohio State and Southern Cal) to tsk-tsk over Miami’s tsunami of troubles. But no program should assume they don’t have an embarrassing skeleton or two in the closet. One that can pop out any time, just like a renegade Ponzi scheme booster brought shame, and certain penalties, to the Canes.

Besides not being smug, we’re hoping the NCAA doesn’t bring a firing squad to Coral Gables. You know they’re gonna get spanked, but a death sentence should be out of the question.

Seriously, can you imagine a season when FSU doesn’t play Miami?

The Noles have more common history with the Canes than any other team. No school has appeared on FSU’s schedule more than Miami: 55 games, same as the gators.

The series goes back 60 years. Unlike the reptiles from G-ville, Miami wasn’t too good to schedule FSU. It took legislative action to bring the gators and Noles together on the same field.

The Noles and Canes even started their rise to the top 25 around the same time. From the late 70s to the early 2000’s, FSU vs. Miami was the game of the year more years than not.

It wasn’t always pretty, neither with the teams on the field or the combative fans in the stands. But what started as a football series has become a co-dependent relationship that neither side can do without.

Which is why most FSU faithful want a competitive, worthy -- yeah, maybe even swaggering -- UM team every year. One that can ignite the passion on both sides that delivers yet another classic nailbiter.

Remember when FSU beat the Canes 47 - 0 in 1997 because Miami lost scholarships due to the Pell Grant scandal? Yawn. How much fun was that?