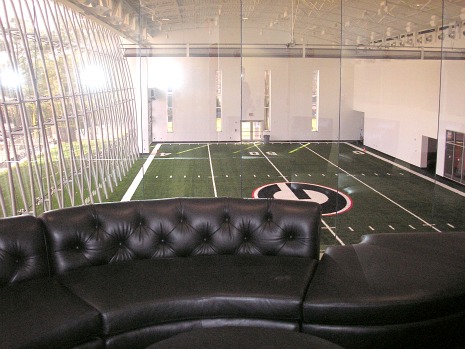 Another team the Noles recruit against has beaten FSU to the punch with an indoor practice facility. But somewhere this one went strangely off track.

In 1999, The University of Georgia Athletic Board authorized design and construction of a building with a full-size football field that could be used for track and other sports. The photo above shows what they got (maybe a committee got involved?).

Instead of a practice facility, it's more of a place where the team can do walk-throughs. The 20 yards of artificial turf can be split in two with a curtain, allowing the offense and defense separate practice space.

At least Mark Richt has a nice view from his office (that's where the photo was taken).

It's a different approach to what FSU has blueprints for, and may suit Georgia just fine. But then Athens doesn't have thunder boomers rolling in off the gulf almost every afternoon from August til mid-season.

Here are more pics of the new Dawg house. 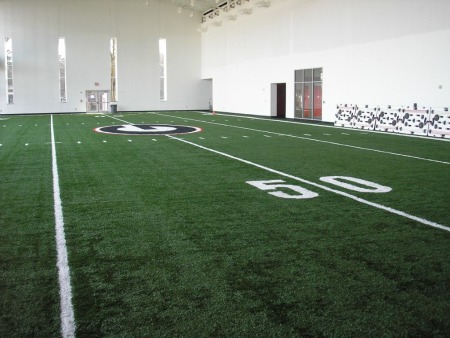 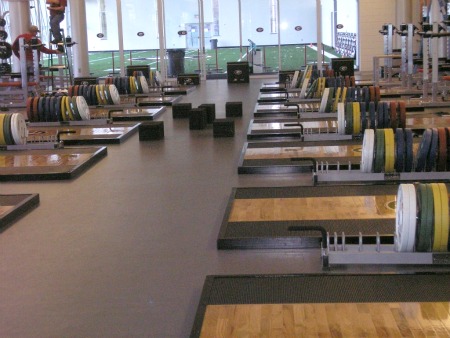 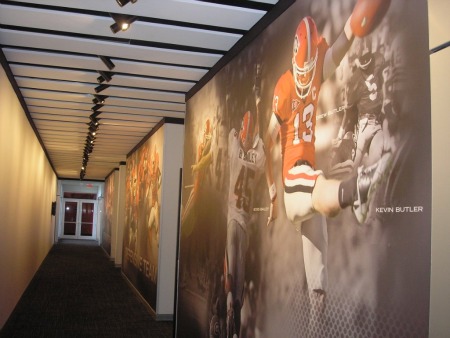