Can O'Leary make tight end a productive position in the Nick of time? 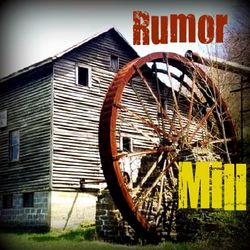 From the rumor mill comes the rumble that TE Beau Reliford is still having problems with his grades. The possibility of Reliford not being eligible puts the coaching staff in a wait-and-see situation and weighing their options.

But if you were Jimbo and Coley, how much would you depend on Reliford returning? The 6'6" rising senior has already missed the bowl game and spring practice due to poor grades (to be fair, he is rumored to have a learning disability).

With Reliford iffy for the fall, Fisher and Coley's options include:

Ja’Baris Little - Also a rising senior, Little has lived up to his name as far as impact while a Nole. Subbing for Reliford in the Chick-fil-A Bowl, Little had one catch for five yards (his only catch of the year). During the spring he showed signs of playing like a potential starter, prompting Fisher to say at one point, "Jabaris is playing extremely well right now." However, he didn't record any catches in the spring game.

Will Tye - From the same Connecticut prep school as Bjoern Werner, redshirt freshman Tye caught Jimbo's eye during the spring ("Will Tye, I like the things I've seen out of him too."). And at least Tye made two catches in the G&G game.

Tank Sessions - Another redshirt freshman, Sessions has impressive size (6'6" and 252) but was slowed during the spring with an old knee injury.

Nick O'Leary - If the grandson of Jack Nicklaus is everything Nole fans hope for, he could eventually become FSU's all time great TE. Can he be a quick study and leapfrog over Little and Tye to be the starter at some point in 2011?

A place holder - Jimbo's offense is flexible enough to minimize the role of the TE. You saw it in the Chick-fil-A Bowl when Little was used mostly as a blocker -- that is, when he was even on the field. If need be, Fisher can adjust to not having a weapon or even dependable starter at TE, giving O'Leary time to learn the playbook.