Opponent Watch: The Russell Wilson drama comes to an end 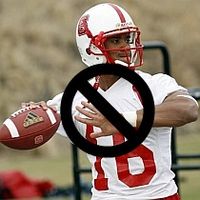 Will he or won't he be back to drive FSU's defense crazy? Apparently the answer is No.

Wilson announced he'll transfer, though N.C. State forbids him from landing at another ACC school.

And apparently Wilson's decision is all about losing his starting position to redshirt junior Mike Glennon. Indications are that Wolfpack Coach Tom O'Brien sees Glennon in the same mold as some of the other great QBs he's coached, like Matt Ryan.

Maybe. But at least now Mark Stoops can scheme against Glennon's rifle arm and not the multiple threat of pass/scramble, as was the case with Wilson.