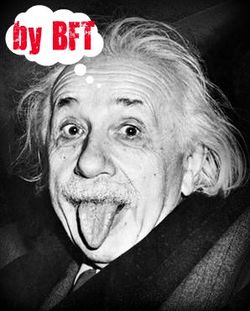 1. Gee (not to be confused with the president of Ohio State University who apparently doesn’t think much of Boise State and TCU, but I digress), that was fun!! Real fun!!! I might watch that game again. Several times maybe. Maybe a few more times than several. Oh heck, I’ll just watch it every dadgum day until next football season starts. That maybe even make up just a little for the last six years. I did say maybe.

2. Best description seen of the decline of the gatros (their …) aka crocs of XXVI this season: Urban Decay.

4. Question: If it is true that if you have two quarterbacks you have none, then what do you have when you have three? Answer: 31-7.

6. To quote Gene Deckerhoff just prior to the start of the game on the losing streak to the gatros (their …) aka crocs of XXVI, “Six straight wins is six too many.”

7. From Mrs. BFT when the game was clearly in control for the ‘Noles: “So much for my theory of a back and forth game.” I contend she was right. Florida State was back and forth …. to the north end zone and then back to the south end zone and back to the north and ….. Don’t feel too bad for her, though. She is a BIG fan of blowouts. Especially the ones that involve blowing out the gatros (their …) aka crocs of XXVI.

8. From Urban Meyer in the post game press conference in response to the offensive struggles of his team in the game: “We were moving the ball … our plan was sound.” Ummm, 283 yards total offense and 7 points is moving the ball??? My, how Urban Decay’s standards have declined post-Tebow.

9. What was it that Bobby Bowden used to say about trick plays? Something about a team that uses them is a team that is outmatched and desperate to find any way to beat a superior opponent. You know, trick plays sort of like trying fake punts. My guess is the very large majority of people in Doak enjoyed the attempt. I know we did.

10. From William Floyd on the replay review of Willie Haulstead’s TD catch: “If they are going to review anything, they should review that facemask on the play.”

11. Mrs. BFT on the above-mentioned touchdown: “I’ve seen the catch three times now and still have not seen the throw.” I don’t understand why she was not impressed by my impromptu re-creation of Ponder’s pass when I replied “It looked a lot like this.” Sans the oncoming rusher, of course.

12. Also from Floyd with FSU poised to run out the clock with just over ninety seconds to play: “If I was coach, I’d be trying to put two more scores on the board.” If it was me, I’d try for three. Maybe four. Oh what the heck, make it a nice round number of five. That might even make up just a little for the last six years. Oh, and thanks again, Maryland.

13. Best comment from Gene Deckerhoff: Following a jarring take down of Trey Burton bringing him to the ground quickly, “He went down like a bobber on a pond with a big ol' bass hanging on it.” Now there’s a colorful way to describe a tackle that you don’t hear everyday.

14. Memo to Jimbo Fisher: It was 6:34 PM. The sun went down more than a half hour ago. I think you can take off the sunglasses now. Either that or dark was awfully bright.

15. It’s a good thing the Miami Hurricanes have orange in their color scheme. Blends in muuuuuch better with all those fans posing as empty seats in Sun Life Stadium, as was the case with today’s non-win against the Bulls.

17. Oh, did I remember to thank Maryland?

18. Just a question for those two Ohio State students at the game today in Columbus (where the high was balmy 37 degrees) wearing … well actually not wearing any shirts …. but they did have scarves around their necks…. ARE YOU GUYS NUTS? You really think a couple of flimsy scarves are going to keep you warm in 37 degree weather???? They don’t make them too bright in Columbus, do they.

19. Condolences to Boise State on your loss (and trust me, Seminole fans know exactly how you feel at the moment, although I can’t say FSU has ever had both a Wide Right and Wide Left all in the same game; we usually like to spread those things out from year to year). But for those of you who were able to get a fast wager in (for recreational purposes only, I’m sure) that the kick in overtime would be left after the kick at the end of regulation sailed right, you will be treating us all to lunch, right?

20. Proving that Mrs. BFT has far too much on her daily schedule, she asked Saturday morning as she was off to yet another job and I was putting up the Seminole flag, “Who are we playing today?” Insert incredulous stare here.