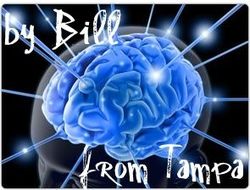 1. After all the wide rights and wide left, last second dropped passes in the endzone, and now this at least FSU is "entertaining", if you want to call it that, with their losses. Certainly Wolfpack fans were entertained. Glad somebody was.

3. More good news for the weekend? At least the FSU soccer team won. What? They didn't? Oh well, at least the volleyball team won. Huh? Them too, eh. Well, at least the swimming team came through. No? The cross country teams won? WOO-HOO!!! We have a winner!!!!

4. And if that doesn't work to cheer you up, there's always that sage advice from that noted philosopher and pre-med student, "start drinking heavily".

5. Upon looking at the stats, after converting 12 of 18 third downs it would seem the Wolfpack would do well in the Canadian Football League.

6. If only the game could have ended after two quarters. They allow that in the CFL don't they?

7. Regarding that left-handed on the run flip pass Christian Ponder made, the word Favre-esq comes to mind. We're hopeful (and pretty certain) that that is all CP7 does that is Favre-esq, IF you know what I mean.

8. Following a delay of game penalty on NC State, said Gene Deckerhoff, "Tom O'Brien, a former Marine, has to be pulling his hair out" which would be a good trick what with Marines not having much to begin with.

9. Just a guess mind you, but I got the impression that defensive coordinator Mark Stoops thought there should have been holding called on NC State. The bulging eyes while screaming at the refs giving them the holding signal seemed to be an indicator. But I could be wrong.

10. Among the numerous penalties on FSU (or phantom penalties, depending on your point of view) was a 12 men on the field penalty. Now you would think that outnumbering them like that the Wolfpack would not have gained any yards on the play.

11. Apparently, however, that is not a penalty at Virginia, where the comment from the ESPN TV booth was "Virginia will rush 12 on this play." FSU definitely needs to have those ACC refs next time.

12. Falling under the category of water is wet, the sky is blue, the grass is green, ACC refs are incompetent….as in following Miami's second touchdown, Matt Bosher missing the PAT that was somehow initially called good by at least one of the refs.

13. Just another guess, but in observing the Ducks' unique method of calling in the play using four unrelated pictures pasted on posterboards that often have nothing to do with football, it occurs to me that Oregon players are probably killer players in Pictionary as well.

14. Just doing the quick math, that Oregon mascot has done a total of 2,304 pushups after all of the Duck's scores this season. That Duck has really got to have some guns on him (we’re assuming it’s a him) by now.

15. Coming into the game with Iowa, Michigan State said they were motivated by last year's last second 15-13 loss to the Hawkeyes. Just a thought, but maybe the Spartans, 37-6 losers to Iowa, need to look for new motivation next time.

16. Harken back if you will to last week’s Auburn game where this comment came from Vern Lundquist and Gary Danielson regarding everyone’s favorite player and circumcision specialist, Tim Tebow. “A player like Tebow comes along only once in a generation. Now they come along every year.” Remind me again how many year (stressing YEAR) Tebow has been out of college??

17. You make the call. Here’s the situation. You are behind by one point. There are only thirty some seconds left in the game. Your true freshman QB who took over for your injured starter has moved the team to well within field goal range, down to your opponent’s 19 yard line. What do you do?