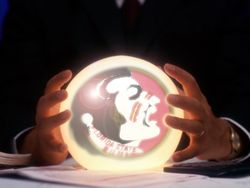 Another in a series of predictions from our favorite contributors.

Best Case W - L Scenario? I think 10-2 would be the best case scenario. Obviously a lot of good things have to happen for that to occur that would possibly include winning in Norman and beating that other team at the end of November. And if that doesn't happen that means running the table in the ACC. Not an easy task what with going to Miami this season.

Now what do you really think the final record will be? Oh how do I hate to make predictions like because I never want to think about us losing games. I'm torn between 8-4 and 9-3 and I really can't decide which one it might be. A lot depends on the defense which has only one way to go from last year.

Breakout Player of the Year? I was originally thinking someone on offense, but we have so many players that did well last year and even freshman who had a breakout of sorts such as Lonnie Pryor. So I went with a defensive player because again, the defense can only go one direction. So I'm picking someone like Nick Moody because Lord knows we need the safety positions to really step up.

Top Newcomer? You hear a lot about Lamarcus Joyner's abilities. I'll go with him in part for that same reason, the defense can only go one direction this season over last year.

Low point of the season? Losing for the seventh straight time to you know who. Hey, it's a rivalry game and it's the last regular season game.

When the season ends FSU fans will be saying...? Where did the season go (because it always blows by so fast) and 2. We really took a step forward with the changes made from those mediocre seasons we have had the past few seasons. Don't misunderstand me, I was very saddened to see Bobby leave, but in another way it was a relief and the anticipation from the changes Jimbo has made brings a lot of excitement going into this season.