How Right Are The ACC Writers? 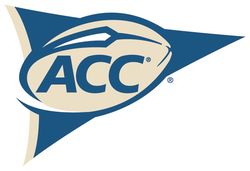 Every July, a group of ACC media, coaches, and players descend to Greensboro, North Carolina, to discuss the upcoming football season. While there, the ACC media make their annual preseason predictions for how the ACC will turn out. While some use this as tools to feel better (or worse) about their team heading into the start of the season, let me be the first to burst your bubble. You see, the ACC media is only consistent in one piece of their predictions, and that is getting them wrong.

Granted, training camp has not started yet, and injuries and suspensions can affect the final outcome, but the numbers do not lie (note: all information is from 2005, when the conference changed to their current alignment):

Picking the Atlantic Champion: 20% (1/5). The media likes Florida State, picking them to win the ACC every year with one exception (2008, Clemson). However, outside of 2005, the Seminoles have made the media look silly.

Picking the ACC Champion: 40% (2/5). Odd numbered years were once good to the media, as they successfully picked the 2005 ACC Champion (Florida State), and the 2007 ACC Champion (Virginia Tech). However, they are on a two-year losing streak.

Not picking any of the ACC Championship Participants: 40% (2/5). In 2006 and 2009, the ACC Media whiffed on both the Atlantic and Coastal participants.

What does this all mean? Well, for being subject-matter experts, the ACC media is consistently wrong over half the time. They enjoy consistently picking an FSU-VT matchup, even going so far as to pick the two teams to meet again in 2010.

If you are keeping score, that would be four times in six years, including twice in a row. Virginia Tech, for the second time in a row and third time in four years, is also being picked to be the ACC Champion.

Based on the historical evidence, though, take the predictions with a grain of salt. While FSU and VT are once again the “sexy” picks of the ACC Media, a drunk monkey could pick with the same consistency as the ACC.