« Samford's D-Coordinator evasive, mostly mum about plans for FSU | Main | FSU O-Lineman just one of the future stars in the greatest game you probably never saw » 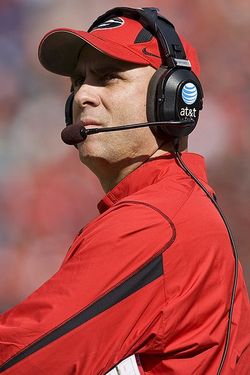 Not since Jeff Bowden has a coordinator been slammed and slandered like Willie Martinez was his last two seasons at Georgia. No surprise Dawg fans called for his head when Martinez's defenders gave up 37 or more points nine times. A former teammate of Mark Richt's at Miami (that's right, he's a Cane), the trap door opened under Martinez not long after the final game of '09.

OU fans are hoping the Peter Principle is at work here. Says one Sooner blogger about Martinez: "He may end up being an excellent DB coach who is just not a defensive coordinator.”

Here's a look at Martinez drilling the Sooners secondary this spring (click the top link on the right: "DBs, Martinez on footwork"). The link to the left is a chat with one of those new starting CBs, senior Jonathan Nelson. One OU beat writer called Nelson "the most improved player on Oklahoma's defense last year," thanks to Nelson overcoming various injuries from his first three years that kept him down the depth chart.