« FSU's 2010 football poster was designed in the heart of Sooner country | Main | Sorry, Harvey. We won't be seeing you at Doak on September 18th » 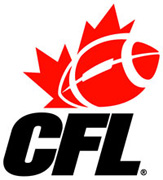 The Canadian Football League -- even with its 12-player formations, three-downs instead of four and 110-yard field -- continues to be an option for former Seminoles. Ask Danny McManus who had a long career in Canada, where he threw for over 53,000 yards.

This year six Noles are on the training camp rosters of three CFL teams. Let's hope they're still around when the season kicks off in June. They include:

Louis Givens - We'll be rooting for the speedy Givens, who never quite found a role at FSU, to catch on as a rookie free agent.

Jae Thaxton - Huh?! Last we heard of this promising young LB from Hartwell, GA, he'd left the Noles due to medical issues. Glad to see he's recovered enough to give the game another try.

Shannon Boatman - The jumbo tackle heads into his second year on the Argos roster.

Stanford Samuels - We'd like to say Samuels helped Montreal to the CFL Grey Cup last year, but he played only sparingly for the champs. The Alouettes are his third CFL team in five seasons up north.