« Which Stoops brother will outsmart the other this September in Norman? | Main | A Sooner's comparison of how Landry Jones stacks up to a hard act to follow »

Will the Sooners losses be FSU's gain? 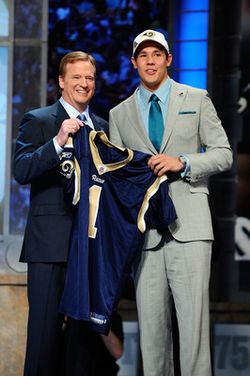 Welcome back for the third in our series of Q & A's with Oklahoma Sooners blogger Allen Kenney of Blatant Homerism.

ChantRant: With all the Oklahoma talent drafted by the NFL last week, will the Sooners have the players to be as good or better than last year when they were 8 - 5?

Allen:  "It's important to remember that one of Oklahoma's four first-round draft picks, Jermaine Gresham, didn't play a down last year. The top overall pick, quarterback Sam Bradford, essentially played a game-and-a-half. Injuries plagued the Sooners all season, particularly on offense. By the end of the year, OU's team bore little resemblance to the one that started the season so highly ranked.

"When you consider who's returning and who's getting healthy, besting last year's 8-5 record looks like a solid bet."