« Why no TV of Oklahoma's spring game? Bob Stoops wants to keep "everybody in the dark" | Main | Will the Sooners losses be FSU's gain? »

Which Stoops brother will outsmart the other this September in Norman? 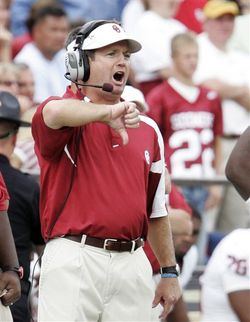 This is the second in a series of Q & A's with Oklahoma blogger Allen Kenney from Blatant Homerism.

ChantRant: Which Stoops brother has the edge predicting what the other will do: Bob outguessing Mark on defense, or Mark reading Bob's offense?

"Although Mark has never worked directly for Bob, he has spent the past five years as their other brother Mike Stoops' defensive coordinator at Arizona. While progressing up the coaching ranks, Mike and Bob worked in concert to develop the concepts and principles underlying their defensive schemes. As such, assuming that he's not planning to completely junk what he was doing in Tucson, Mark's defense is steeped in a system that Bob helped mastermind. 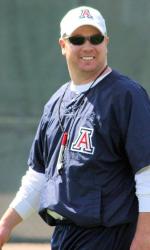 "Meanwhile, Oklahoma's offense is pretty much Kevin Wilson's show. In 2008, Bob asked OU's offensive coordinator to give the Sooner O a makeover, installing Wilson's high-speed no-huddle attack. So, Mark probably doesn't have the kind of 'under the hood' experience with OU's offense that Bob has with Mark's defense.

"Truthfully, though, whatever edge Bob has is slight. Mark is a very good coordinator in his own right and is undoubtedly putting his own stamp on the system he's bringing to Tallahassee.

"Mark knows that Bob knows what Mark knows. FSU's D will undoubtedly throw some unexpected wrinkles at the Sooners in September."