Bill from Tampa sheds some light on the Solomon Alabi situation 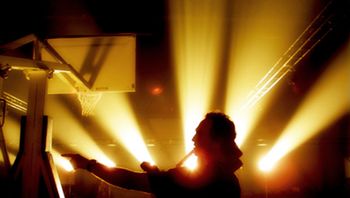 A ChantReader posted this comment about Solomon Alabi after Bill's take on the FSU center's draft status: "I won't be sad to see him leave. He had flashes of potential, but as the season wore on, he disappeared for long stretches, got outrebounded by people half his size, was a turnover machine, and had little impact other than altering shots..."

To which, Bill felt compelled to reveal some little-known info on Alabi and clear up possible fan misperceptions:

Regarding those fans that don't see Alabi's possible departure to the pros as much of a problem for FSU next season by pointing out his late season struggles, you're right, he did struggle.

Now here's the part you don't know. He was injured. Not injured enough to prevent him from playing but certainly enough to affect his game.

I'm not going to disclose where the injury was and really I hesitate to even mention it at all. But it's silly to think he won't be missed and that injury was a large factor in his performance late in the season.

You don't just stick a seven footer in the paint and immediately expect that he's going to be a shot blocker. How many times have we seen where a big man the size of Alabi has not been much of a defensive force in the paint? Does Andre Reid ring a bell?

And the part about being a turnover machine, it's a funny thing about perceptions. Because interestingly Alabi was fourth on the team in turning the ball over. This from a player who took the second most shots on the team and, oh by the way, had a 53% shooting percentage from the floor.

Alabi may indeed leave but it is not a given. What is a given is if Alabi does leave, Florida State's defense and offense will significantly change. My guess is a lot of ACC coaches' game planning against the 'Noles next season would get a whole lot easier.