« FSU Women’s Basketball: The Best Team You're Not Watching | Main | Garnet and Golden Oldie: An Elvis impersonator who looks a lot like FSU's legendary coach » 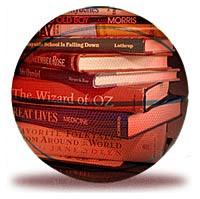 Take heart, Nole fans. When it comes to graduation rates, FSU basketball lights up half the teams in this year's NCAA tournament.

A report by the University of Central Florida's Center for Diversity and Ethics in Sports computes the average grad rate of tourney teams at 84% for white players and 56% of African-American players. FSU's grad rates are 100% and 71% respectively.

Some other revealing stats from the study:

• Seven teams have grad rates so poor they probably shouldn't be in the tourney, or at least play with a ten-point handicap. Among those is Georgia Tech, which graduated 44% of its African-American players and zero white players.

• Worst in the ACC, and one of the worst in the country: Maryland. The Terps graduated zero African-Am. players and 33% of white hoopsters.

• The gators saw only half of its African-Am. players receive a sheepskin.

• Clemson had one of the lowest grad rates for African-Am. players, a paltry 31%.

• FSU's first round opponent, Gonzaga, graduated 50% of its African-Am. players.

• Absolute worst is a school recognized as one of the best academically. Cal Berkeley, which has an 85% grad rate for all students, graduated zero percent of its men's basketball players. In the 60s Cal students would've burned down the admin building for that.