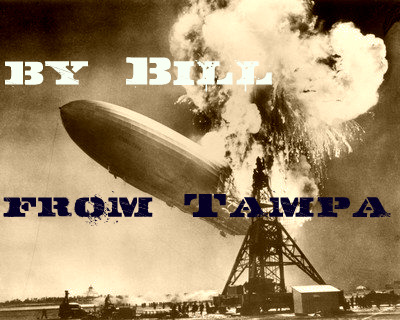 11. Now let me get this straight. FSU goes for it on 4th and goal in the second quarter of the Bulls' game earlier this season with score tied 0-0, but kicks the field goal in the 4th quarter on that same 4th and goal situation down 30-0? Would someone put out an APB for that Riverboat Gambler please.

12. William Floyd on the Nike uniforms the lizards wore after Tom Block commented that they sort of grow on you: "I don't think anything they ever wear will grown on me. SO I think they look terrible." I knew I liked Bar None for more than just his football abilities.

13. Just a guess but I'm betting (not for recreational purposes) that there is going to be a sizable increase in the number of Alabama fans next Saturday, in particular ones that were previously wearing garnet and gold yesterday.

14. After watching that morning-to-night Tebow lovefest FSU fans endured on Gameday and throughout the game broadcast by CBS (and I bet you didn't know it was his last home game either, did you? I'm surprised they didn't name the damn field after him right then and there), I'll be curious just how much the stock price of Pepto Bismol and Mylanta goes up on Monday morning.

15. The Raycom TV game of the week featured Wake Forest at Duke. Betting (your choice if you want to for recreational purposes or not) viewership for that game was in the tens of tens.