« What the "H"? Projections of how Jimbo will use Debrale Smiley | Main | Five Upperclassmen who need to raise their game this year…or make way for the next generation  »

Announcing FSU's Best from a down decade 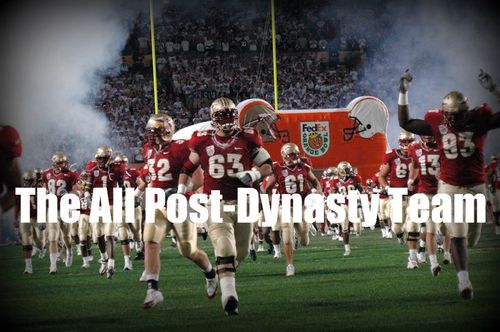 Long-time Florida State fan Kenny Moore (his first Nole game was the '77 Tangerine Bowl victory over Texas Tech) had a cool idea. Just because this decade has been a dropoff  from the dynasty years doesn't mean there haven't been some worthy players.

So he challenged the readers at The Territory -- some of the most sage Nole fans you'll find -- to vote for their favorties. When Kenny tabulated the votes for the Offense, these were the players chosen: (the All Post Defensive team will be announced when the second round of voting concludes).