« "Why I Oughta...": One final whack at the insegrevious Aubrey Phillips affair | Main | A former Nole great tells how players learn what the fans really think about them » 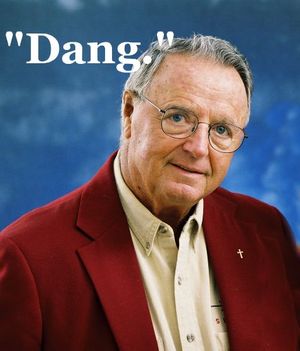 Why? Because he ranks the coach of a certain school to the South with a reptilian mascot as his number one choice. But to Mark Bradley's credit, he says he doesn't much care for the guy. (You can check out Mark's Top 10 here, and his 11-15 picks.)

Bobby Bowden? He didn't make the list. But then neither did Steve Spurrier, Chris Peterson Rich Rodriguez and other high-priced coaches.

Obviously, we had to get in touch with Mark to learn what the heck kind of list this was and what happened to Bowden.

"He'd be in the top five all-time. But I don't think Florida State is one of the five or 10 best programs now, and this was...more of a what-have-you-done-for-me-lately ranking."

Don't think we have to read between the lines to figure that Mark sees Bobby as more of CEO and not the hands-on kind of coach that earns a spot on his Top 15.