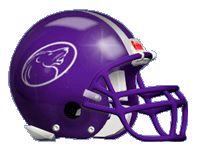 When Terry Bowden took the reins at North Alabama he put out the Help Wanted sign: Players Needed, FSU Connections a Plus. To date, he's rounded up four former Nole players, plus two coaches with Garnet & Gold roots.

Included are running backs Brandon Paul and Jamaal Edwards. Paul redshirted in '07 at FSU and played in one game in '08 before mysteriously turning in his gear. Edwards was a blue chip star with huge high school stats who never got it together in Tallahassee and left after the '07 season.

O-Lineman Will Furlong, often injured and slipping down Trickett's depth chart, is the latest Nole at UNA. He joins another OL, Kyle Futch, who was listed as a senior on FSU's 2008 roster.

Preston Parker? Who knows? The Times-Daily, the Lions hometown paper, reports that Parker has visited UNA but hasn't signed yet. Possibly shopping other schools?

Another volunteer is blast-from-the-past Pat Carter. One of FSU's all-time great tight ends, Carter was drafted in 1988 and spent 20 years playing and coaching in the NFL.