« Opponent Update: BYU beat writer answers our questions about the 2009 Cougars | Main | The plot thickens in the soap opera that is Bobby Bowden's swan song »

What do Paris Hilton and FSU Football have
in common? (Seriously) 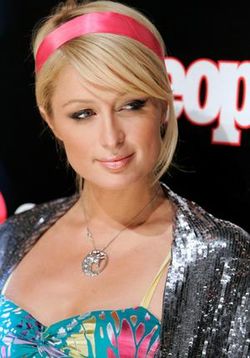 They share an uncommon obsession by the media. A frenzied hunger to pounce on any little slip or slight or indiscretion and fan the flames into tabloid gold. The result is that Paris and the Noles have become public pinatas that readers and viewers are encouraged to bash.

Clearly, neither is lily white-blameless. But in the ugly press tradition of knocking the famous from their pedestal, both perspective and proportion have been lost.

The proof is in those Gotcha! headlines. Like when a quarterback parks in a handicapped space because he's late to class. A wide receiver is discovered drunk asleep in a Mickey D's drive-thru lane. Or an unthinking backup player is arrested for shooting a BB gun at an abandoned building. Certainly not conduct we expect or condone from guys who wear Garnet & Gold. But there's a world of difference between goofball college kid stuff and malicious, pre-meditated, even downright evil acts.

And then there's the latest crime against humanity. Sure, Cameron Wade may not be Time Magazine Man of the Year material (and we agree with Tomahawk Nation that a double standard should exist for key players, which could make the heretofore underachieving Wade expendable). But missing a pre-trial conference -- reportedly because his public defender didn't get the word to him, and because he was taking a final exam -- doesn't make him a career criminal.

Here's a good test. Would any of the above indiscretions have merited even a mention on the back page of a major newspaper or on a cable network if they were committed by non-athlete students?

Yet the Wade affair was not only breaking news on ESPN.com, after three days it was still a headliner on the College Football page.

Meanwhile, players from other schools were making the police blotter, though not making national headlines. At least, certainly not the "Japs Bomb Pearl Harbor" coverage reserved for FSU.

How many of these recent stories did you catch on ESPN or other major sports sites?

Marquis Hannah, a Gator junior running back, was booked for alleged burglary of an occupied residence -- a second degree felony charge -- along with first degree misdemeanor battery. (Hannah's the fourth UF player arrested since November, not counting Torrey Davis, who was arrested shortly after leaving the team in March.)

Three Iowa football players were arrested for drunkeness -- two of them so blitzed they assualted a cop. One of the arrested was none other than the son of head coach Kirk Ferentz. (That brings the number of Iowa players arrested since April 2007 to 24.)

Nevada point guard Armon Johnson was arrested for carrying a gun on campus after he confronted two football players following an earlier altercation at an off-campus party.

Going back a little further: As of July of last year, 46 Penn State football players had been charged with a combined 163 counts resulting in 27 pleading guilty to 45 crimes.

By early Aug. 2008, Georgia already had eight players arrested during the year. Included were a DUI charge, reckless-driving, assault and a player who destroyed property at an Athens hospital.

In June of 2008 Alabama player Jimmy Johns was arrested for openly selling cocaine on and around campus. USA TODAY reported that "Alabama players have been involved in a series of arrests and off-the-field suspensions, with Saban acknowledging the need for better discipline and judgment."

And that's just a short list. Yet even many FSU fans still buy the idea that their school is the dysfunctional poster boy of college football.

Is perception the reality? If so, look for strong medicine to be administered. It may come from T.K., who will be left with no other recourse but to mandate a zero-tolerance policy. Or it may be Jimbo, who cracks the whip when he's in full control.

Wherever it starts, it'll need to be harsh and unforgiving to change the "out of control" image that the public perceives. Second chances may be rare. And key players could be banished; though their infractions may be petty, they'll pay the price for the overcorrection FSU will make as it attempts to change public perceptions.

The upside, if it's part of a calculated PR strategy, will be a media buzz that "Florida State is cleaning up its act."

And the downside? Bobby Bowden's fatherly act of salvaging young men who mess up. We'll never know how many players over the years were set on the right path thanks to a second chance. Just like we'll never know how many in the future will get bounced -- missing out on a life-changing lesson -- because there's no room for leniency.

And that will be more than just a loss for the football program. It will be a loss for society, as well.