« What do Paris Hilton and FSU Football have in common? (Seriously) | Main | In the spring a young man's fancy turns to free football » 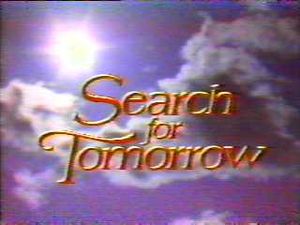 First, let's dispense with the de rigueur loyalty oath: We at ChantRant do appreciate and honor Coach Bowden for building FSU's program into a national power and winning crystal trophies (love 'ya, mean it).

BUT...it would be an act of colossal selfishness if Bowden woke up one morning in January 2011, felt a youthful pep in his step on the way to the bathroom, and took that as a sign he should head for the office instead of composing a resignation letter ("Dang, I feel good. Think I'll go a few more rounds in this dadgum bout").

Imagine, later that morning, Seminole Booster staffers desperately dialing for dollars, hitting up every well-heeled alum in their Rolodex to raise a quick five mil to keep Jimbo on board.

You can just hear reactions like, "Uh...y'know I've always been there for the team. But, ah...well, it's been a tough few years and...Hey, lemme get back to you on that."

Clearly, Bowden's deciding to stay, if that's the mood that strikes him in 2011, couldn't come at a worse time. Rocked by the economic downturn, Spetman will have cut and pared the budget everywhere he can (some sports may even have to be dumped entirely, as other schools have already done). The A/D would have a tough time coming up with an impromptu $50,000, let alone $5 million.

And does it bother you that Spetman apparently hasn't begun to think about heading off this mess (either that or he's playing coy), as evidenced in his Orlando Sentinel interview?

T.K. has to make the hard choice if the aforementioned scenario hits in 2011. Since he apparently revels in playing the A.D. role, it falls to Wetherell to show tough love to his old coach, drawing Bowden an ugly picture of the chaos that will ensue if he wants to continue.

And if Bowden doesn't get the picture? Then T.K. must do what's best for the team and the school (not a graceful exit for one of college football's legendary coaches).

But if T.K. lacks the cojones to cut the cord, then at least demand two things from Bowden:

1. He must work for $1 so as not to dig FSU athletics into a deeper financial hole, and

2. He must ante up at least half of the $5 million owed Jimbo from the fortune he's amassed during 30+ years on the job.