« A closer look at UM's spring game, or how worried should "U" be on Sept. 7 | Main | It's not even football season yet and FSU has already lost one » 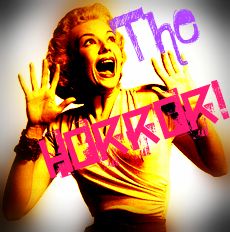 You're bummed out by an offense that made the Sopchoppy JV's look like world beaters. You're heartened by a defense that went from Mickey's doghouse to a Dynasty days highlight reel. You're confused by all the dysfunctional turnovers, sloppy play and Christian Ponder's incoherent post game commentary: "“I mean it looked like it, you know a couple I guess mixed the exchanges a couple times, guys in the backfield, guys getting exchanges..." (sadly, an actual quote).

Get over it. It was a freakin' Spring Game.

Wait. It wasn't even a game. It was a Spring scrimmage. Call it a Sprimmage.

So what did we actually find out?

That opponents will learn not to throw Jamie Robinson's way next season.

That Jarmon Fortson will be the new go-to guy.

That C. Ponder, despite making so much progress the last few weeks, can still have a bad night.

That the No-name linebacking corps may very well make a name for themselves, starting with that Bradham guy.

That D'Vontrey Richardson should've been there learning to play Safety. He sure wasn't helping the FSU baseball team against Miami by failing to field a single that rolled to the wall, allowing the tying and winning runs for the Canes.

But most of all we learned that the Spring Game -- any team's Spring Game -- bears about as much resemblance to an actual game as ginger ale to Cristal.