By keeping FSU players waiting by the phone, the NFL sends a message 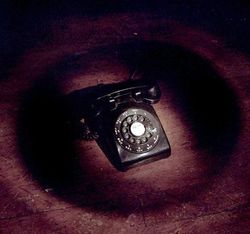 Congrats to Everette Brown. Though he didn't go in the first round, he'll go home to play for the Carolina Panthers.

But what happened to the five or six other Noles who had a reasonable shot of getting a call during seven rounds of the NFL draft?

Our theory starts four or five years earlier, back when they were high school kids stepping up to the college level. Whether you're talking stars or position rankings, every one of them made the grade. (If you poo-poo the star system of rating high school players, read this intelligent argument.)

Here's how Rivals rated the following blue chippers back then and how the NFL ranked them going into the draft:

How do you explain the drop off from high school hot shot to being shunned by the NFL? They had the talent. They were on constant display for NFL scouts, thanks to Florida State's strong TV coverage. They had a chance to showcase their stuff in FSU's well-attended Pro Day.

They didn't develop to their full potential during their college career (with the exception of Gano, who actually got better).

Much of the blame goes to previous coaches. For some -- Smith, Nicholson and Carr -- it was compounded by the turmoil and transition to new coaches in the middle of their college career.

And, yes, doubts remain and grumbles continue about some current coaches, the techniques they teach and the discipline they do or don't instill.

Sure, there were other factors. Smith didn't benefit from a productive offensive line until his senior year. NFL scouts obviously saw flaws in Carr (blocking for one, and lack of hustle). Nicholson was reported to have not measured out well, plus there were whispers of character issues.

The goal of FSU football isn't to be a pipeline of talent for the NFL. But the number of players drafted -- deemed to be the cream of the crop by the world's best judges of football talent -- is one measure of the program. A meaningful measure that can't be shrugged off.

To complete the picture:  We should add three guys from the class of 2005 who never had a chance to develop.

Rouse and Hardrick were dismissed for violating team rules. To be fair, we credit the coaches' decision making, for sacrificing talent for the sake of character. As for Bright, he never qualified.

What can Brown do for you? To finish on the same upbeat note we started: Everette Brown did plenty, for himself and FSU. Not only was he a reincarnation of some of the great sack masters of the dynasty days, he was a champion off the field. A super kid whose charitable works were overshadowed by the unique, feel-good Myron Rolle story. So how did Brown score in those Rivals rankings? He was the #3 Weakside DE in 2005 and #78 overall player in the country.