One squeezed the Charmin, the other will put the squeeze on FSU's defense 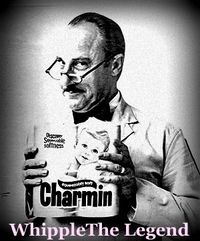 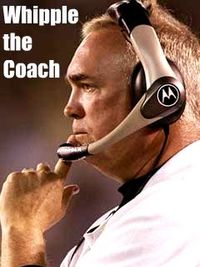 On the left, the original Mr. Whipple, an ad icon from the 60s and 70s (you can catch his act here). The other guy is Miami's new Offensive Coordinator. If ESPN has its way, he'll make his debut calling the plays against FSU in the Labor Day kickoff, just seven short months away. And Whipple, of course, will have the advantage, running a new offense nobody's seen.

So we asked Kartik at Canes Rising what to expect from the other Mr. Whipple:

Will Whipple be a difference maker at UM?
Whipple didn't come cheap. Now we'll finally find out if UM is as broke as many seem to think. We'll know based on whether Shannon hired another DC or coaches the Defense himself. Whipple has also been given the title of Associate Head Coach, a title Miami hasn't given since firing Art Kehoe a few years back.

With a foundation of Jacory Harris and other skill players, how will his offense be different?
My thinking is that Whipple will bring back a pro style offense. Probably more running plays. Graig Cooper has been largely wasted by Nix (the former O.C.). At times he utilized Cooper well (against FSU in 2007 for instance), but all too often quickly abandoned the run or didn't try it at all, ala Jeff Bowden.

Are UM fans fired up to play FSU the first game of the season, or would they rather have a tune-up game?
The UM fans are pretty opposed as I believe many FSU fans are to the Labor Day game. But sadly, we don't really have a say in it. It's up to ESPN. At the basketball game the other day the group I sit by expressed a hope that FSU wouldn't be able to get out of the Maine game, thus forcing the UM game to remain in October.

Honestly I think it is because no one wants to start the year 0-1. Logically it would make sense to move the game because right now Miami will have to play Oklahoma and FSU in back to back weeks (Oct 3 and Oct 10).