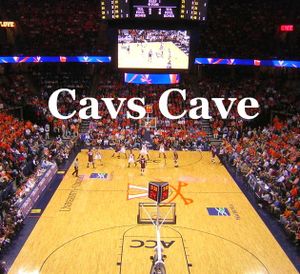 Following the loss to Miami earlier in the week, Leonard Hamilton was looking for more intensity on defense from his Florida State Seminoles. Hamilton got that defensive effort in holding the Virginia Cavaliers to just three field goals in the first half while opening up a 20 point lead en route to a 73-62 victory in Charlottesville.

The final score was not indicative of how dominating FSU’s defense was in the game. Four turnovers in the final three minutes that included two shot clock violations allowed the Cavaliers to outscore FSU 9-2.

But the ‘Noles maintained complete control the entire game and led by as much as 21 midway through the second half never letting Virginia to get into single digits.

A blocked shot by Solomon Alabi and a lengthy outlet pass from Devidas Dulkys to Toney Douglas made the score 30-10 with 3:12 remaining in the first period and the Seminoles were never really challenged after that.

The Seminole defense was so stingy that the Cavs scored their first basket of the game at the 13:50 mark and did not score another bucket until Sylvan Landesberg’s flip shot with 1:32 left in the half.

The only thing that kept the first half from turning into a complete route was 10 of 12 from the free throw line for Virginia.

Probably the only thing the Seminoles did wrong defensively in the half was allowing Landesberg to go almost the entire length of the floor with 4.2 seconds left and an uncontested layup.

Still FSU led 30-16 at the break and had the lead back up to 20 in just over five minutes.

Hamilton was obviously pleased with his team’s performance saying after the game “We came out and played with tremendous energy. That made the difference and set the tone for the whole game.”

“We got easy points getting deflections and knockaways,” he added.

“I’m glad to see us bounce back from the disheartening loss at Miami. We played with the passion today that we didn’t have in Miami.”

For the game FSU held Virginia to 35% from the floor and 28% from behind the arc.

Another aspect that caught Hamilton’s attention was FSU’s controlling the boards. Virginia came into the game averaging 40 rebounds per game but were out-rebounded by the ‘Noles 31-25.

If there was one area that disappointed the head coach was free throw shooting where the coach lamented his team’s paltry 13 trips to the line compared to UVa’s 30. Connecting on 24 of them, led by Landesberg’s 14-14, it was the only thing that kept the Cavs somewhat in the game.

Leading the scoring for the ‘Noles was once again Toney Douglas with 21 points on a torrid 8 of 11 shooting most coming from mid range or closer. Solomon Alabi added 10.

The Cavs defense was much more giving allowing FSU to shoot 50% for the game and even better from the arc at 53% (8-15).

Even a 2-3 zone defense used often by the Cavaliers didn’t seem to slow the ‘Noles down as FSU exhibited possibly their best ball movement of the season so far.

Interestingly the Seminoles used that same defense for much of the first half as well that UVa came nowhere near close to solving.

Still the ‘Noles were a tad sloppy with taking care of the ball with 22 turnovers, six of which occurring in the first 3:48 of the game.

Fortunately UVa was not any better, giving the ball away five times (19 overall) during that same span.

With its second ACC road win FSU improves its conference record to 3-2 and 16-4 overall keeping on track for a possible NCAA tournament invitation.

However the next hurdle in that quest will be significantly more difficult as the Seminoles host North Carolina on Wednesday night at 9:00 PM. Hamilton implored fans in the post game to show up to help the team hopefully beat the #5 Tar Heels.